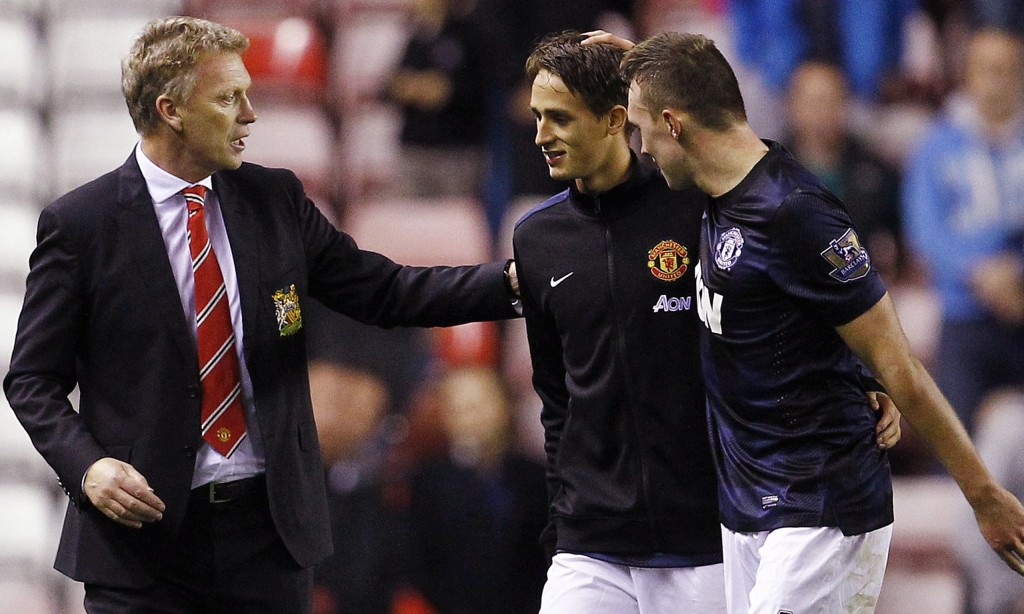 Manchester United love to do things the hard way. Indeed, it is fortunate the club have traditionally been masters of the comeback: in order to emerge triumphantly from the 2013/14 season, they will have to muster one of the most impressive in their recent history.

It’s been a half season that will live long in the memory of new manager David Moyes. Following another home defeat to Tottenham on the first day of the new year, United sit 7th in the league, 11 points from leaders Arsenal and, perhaps more relevantly at this stage, five from the top four. They have already suffered league defeats to the likes of Liverpool, Everton, Manchester City and Newcastle. The shadow of the departed Sir Alex Ferguson hangs heavier than expected over Old Trafford.

Moyes’ tenure could hardly have started in more calamitous fashion. United’s summer in the transfer market was an utter shambles, a worrying debacle which seemed to involve the club repeatedly tabling incredibly high bids for a host of largely random players, many of whom never seemed at all interested in joining the club. There are clearly substantial funds available in the Old Trafford coffers, but in Moyes and new Chief Executive Ed Woodward, the club appears to lack the experience and expertise required to seal signings of the pedigree United require. Their one successful acquisition, Marouane Fellaini, was clearly a last resort and arrived without a proper pre-season: it should hardly be considered a surprise that he has struggled to yet make an impact.

United’s new manager started poorly tactically, too, with his early matches characterised by a series of worryingly defensive tactical choices and team selections. His Everton team prided itself on their defensive solidity, but despite the best efforts of the excellent David de Gea, United have conceded a host of sloppy goals, with fan favourite Patrice Evra in particular continuing to looked almost entirely disinterested in his defensive duties.

Moyes has been let down by his players elsewhere, too. Despite much belief to the contrary, Shinji Kagawa has been given numerous opportunities to impress this year, but has too turned in anonymous performances at times when his team have needed the control and creativity he possesses the most. Elsewhere, Anderson has continued to flop, Javier Hernandez appears to have lost his clinical finishing ability, whilst Tom Cleverley looks too unambitious and technically limited to nail down a position in United’s midfield.

More worrying still is that United’s poorest results have come at home. Old Trafford, it seems, has lost its fear factor. Moyes, in his position in the dugout opposite the imposing Sir Alex Ferguson stand, has struggled to motivate his teams for performances at the Theatre of Dreams, where expectant crowds have largely sat in stunned silence in response to their side’s continually lukewarm performances. United’s record against the teams above them has been dreadful: in a head-to-head table of the league’s top eight teams, United sit comfortably bottom, below Tottenham, having played a game more than the other six.

There have, though, been several signs that United could yet turn their season around. Moyes’ side has, after all, comfortably secured a place in the semi-finals of the League Cup, giving the manager a very decent chance of reaching a Wembley final in his first season at Old Trafford. United also possess a great chance of progressing in the Champions League, with a tie against Olympiacos their reward for a convincing performance throughout the tournament’s group stages.

Moyes’ management has proved increasingly astute, too. His lineups and substitutions suggest he is slowly adapting to the idea that United are a team that must be set up to win matches, rather than simply not lose them. With the bizarre exceptions of Fabio and Wilfried Zaha, the new manager has seemed keen to give all of his players a chance to prove their worth to the club. This, after all, is not his squad, and he must be given time to learn its strengths and limitations.

Perhaps his greatest success to date, though, has been his role in the resurgence of Wayne Rooney. It is easy to forget the desperately fragile state of the United-Rooney relationship at the moment of Ferguson’s departure: the England striker had been dropped for important matches, looked bored and uninterested, and may have even submitted a second request to leave the club. But Moyes has managed the England striker perfectly – he has looked fit, motivated, and, as United’s leading goalscorer and assist maker, is the team’s crucial player as the season enters its second half.

There is promise elsewhere, too. Phil Jones has proved himself to be very decent cover in midfield, and, when given the opportunity, an even more commanding centre back. Jonny Evans, increasingly confident and technically adept, has progressed sufficiently to suggest he could dominate United’s defence for many years. Michael Carrick remains an influential midfield presence, whilst Danny Welbeck, given the whole of December to play up front due to injury to Robin Van Persie, has thrived in his favoured role. Even Ashley Young has played himself into some form.

And then there’s Adnan Janujaz. Commendably, Moyes has remained loyal to the old United tradition of giving young players a chance to shine as soon as they demonstrate sufficient ability, and the young forward has grasped his opportunity in exhilarating fashion. He looks the real deal, and is already one of the first players his teammates look to for attacking inspiration.

United enter the new year under a cloud of uncertainty more foreboding than at any other stage of their recent history. Yet their season so far must be considered with a heavy dose of perspective: over the summer, the club lost not only one of the finest managers the game has ever seen, but also his experienced and dedicated support staff, as well as their long term Chief Executive. At a club with fans who demand almost impossibly high standards, Moyes has one of the hardest footballing jobs in recent memory on his hands. A trophy and a top four finish this season would represent an excellent, and still entirely attainable, return.