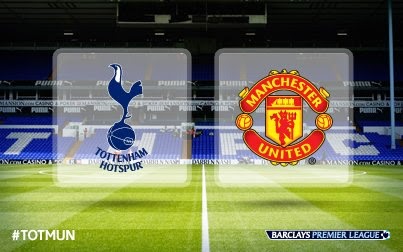 Manchester United brought down the curtain on their rather indifferent year at White Hart Lane against a Spurs team who also had a year to forget.

New management and squads for both teams, and both Louis van Gaal and Mauricio Pochettino bringing in new ideas and styles of play. The stage was set for an encounter that in the past had never failed to deliver entertaining football. The last time Spurs won this fixture was way back in May 2001.

Going into the match United had been impressively unbeaten in the last eight matches, seven of those being wins. Also, the goals for column was looking good, in the last eight matches they had managed to score 17 goals, and thanks mainly to goalkeeper David de Gea only conceded 5. The last time the Red Devils came to the capital they escaped with all the points against Arsenal.

The team news prior to the match revealed that Fellaini (rib), Di Maria (pelvis), Herrera (muscle) would not be involved, however, on a positive note Luke Shaw was included in the squad after being absent since that win over Arsenal.

The eleven to face Spurs were: De Gea, Jones, McNair, Evans, Valencia, Carrick, Rooney, Mata, Young, Van Persie & Falcao. Van Gaal showing faith in the same players that started against Newcastle on Boxing day. It was the first time that he had been able to choose the same XI all season.

Before the first half started there was a minutes silence for former Tottenham defender Ron Henry who passed away yesterday.

Once the match was underway Spurs had the first sight on goal in the 6th minute from Mason, but the reliable de Gea collected easily. From the resulting clearance Rooney almost played in Falcao, but there were too many defenders around him.

United carried on from where they had left off on Boxing Day by controlling the opening exchanges, Mata especially looking the biggest threat. However, the first quarter of an hour was littered with free kicks as both sides tried to get the upper hand.

Falcao missed a golden opportunity to put United in the lead, when he was put through on goal by Juan Mata, only to be put off by two defenders closing him down from behind. Straight away Spurs had their own clear chance but were thwarted by de Gea.

On 22 minutes United were awarded a free kick just outside the penalty area. Rooney left it for Mata, who curled it over the wall but it struck the post and both van Persie and Falcao failed to net the rebound.

A minute later mayhem in the spurs area as Jones headed towards goal, the keeper flapped at the ball and it crossed the line, only to be ruled that Falcao or Jones were offside. A harsh decision to say the least.

Mata again thread a great ball through to Falcao, but when one on one with the keeper Lloris, he shot weakly and the chance had gone. Then a brilliant ball from Carrick only needed to be converted by van Persie, but unfortunately he couldn’t bring the ball under control quickly enough before Lloris collected.

Just before half time Young tried his trademark cut inside and unleashed a shot calling on the keeper to produce a fine save. That was to be the last action of a half in which Mata had produced some lovely touches and was the main outlet for the team’s chances.

At the end of the first half it was unbelievable how United had not managed to score after all the chances they had created for themselves. The hope was those missed chances wouldn’t came back to haunt them.

The second half saw one change for United. Rafael in a straight swap for Valencia. United continued to attack, and forced a couple of early corners, which had no end result.

Another chance, another miss by van Persie, this time on 55 minutes. Good work from the industrious Mata, but the striker failed to direct his header on target.

Van Persie showed his frustration by pushing Vertonghen off the ball, and was extremely fortunate not to receive a yellow card. Had he done so he would have automatically missed the next match at Stoke City.

After the hour mark the match became rather stale with neither side creating any chance of note until Mata made his first error by blasting over when it seemed easier to score.

It was time for another change by van Gaal when Evans was replaced by Chris Smalling. Evans had a poor match and it’s obvious he is not comfortable on the left of the three central defenders. His distribution at times was awful.

Shortly after, Luke Shaw made his comeback by coming on for Paddy McNair, who had picked up a yellow card minutes before.

Spurs had a golden opportunity when Mason got goal side of Carrick, but shot over the bar from close range. At this time the home team were enjoying their best spell of the day which clearly rattled United as Falcao’s name was taken for a needless foul. Quickly followed by Rafael.

The match ended in a goalless draw with some tired legs on show at the end. A match that United should and could have won if only the chances had been taken when they presented themselves. The closest being Mata’s free kick, which struck the post, and his blast over inside the box.

Now unbeaten in nine matches at least they ended the year more positively than it was started. 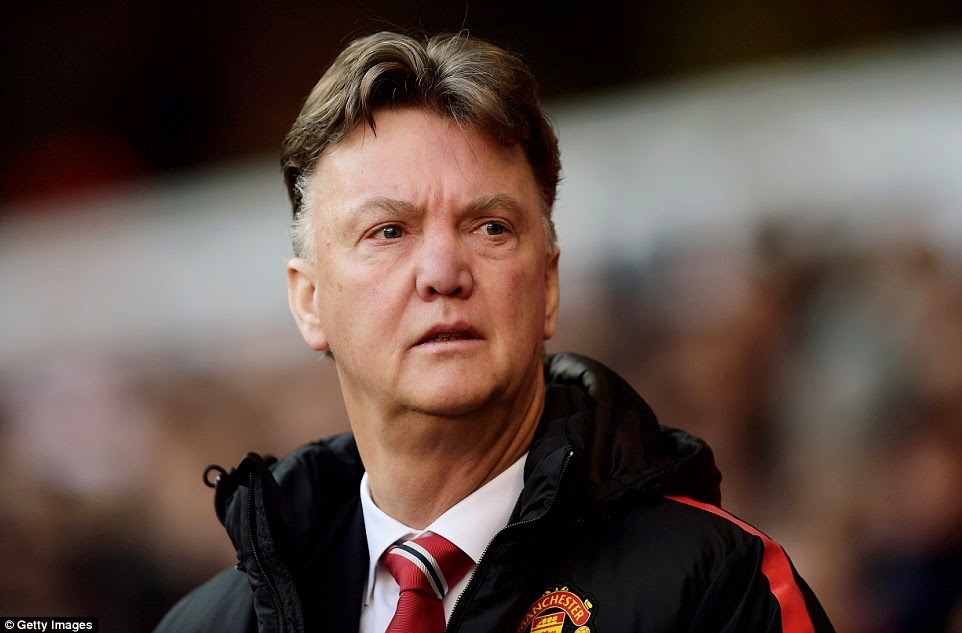 New Year’s resolutions time. Mine are for Louis van Gaal to buy a central defender and a midfielder in the January transfer window. Who will come only he knows, but until the Summer I wouldn’t say no to Vlaar and Strootman.

Many people are saying Vlaar is not a good fit for United, but I would counter that by saying the defenders we have at the moment aren’t exactly setting the world alight with their performances.

Vlaar is experienced in the premier league and being Dutch, communication won’t be a problem. He knows van Gaal and the other players from the Holland squad. At his age, he should be available at a good price, and will add strength to a weak back four, or three for that matter.

My second resolution is for the team to embark on an FA Cup run all the way to Wembley. I hope van Gaal takes the competition seriously as it’s been too long since we last lifted the old trophy. This could realistically be our only chance of silverware this season.

Lastly, the target should be a top 3 finish, anything above that would be an absolute bonus. Don’t get me wrong winning the league in his first season would be amazing for van Gaal, but to keep our feet on the ground is wiser.

I hope you all have a great New Year, and that 2015 will turn out to be better for United than the outgoing 2014.

As always, thanks for taking the time to read.