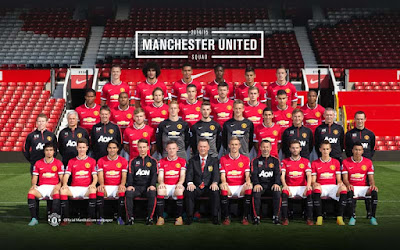 Well, he did it the Dutch maestro delivered on his promise of a top four finish.

In his first press conference as the new manager of United Louis van Gaal arrived straight from the World Cup and promised that his target was to guide the team into a Champions League qualifying place.

The season was an improvement on the previous one which wasn’t exactly difficult, but to be honest it has been a season of ups and downs that left us sweating on that top four finish.

Of course, there were times when the team excelled by beating rivals that had embarrassed us last year. The outstanding results included beating Arsenal away the home victories over Man City and Spurs and the display at Stamford Bridge even though it ended in defeat, but the highlight had to be doing the double over Liverpool. 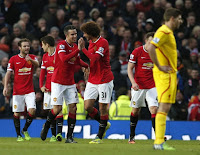 In the middle of the season, there was a run of eleven games undefeated in league and cup which showed signs of a move in the right direction.

These positives were tempered by the woeful displays against supposedly weaker teams. Defeat at home to Swansea, West Brom and Southampton add to those the poor away performances at Leicester, Swansea and especially Everton, which had to go down as our worst away match of the season. These games seriously dented our ambitions of ending higher than fourth.

It looked like United would go on a good run in the FA Cup, their only real chance of silverware, but that was halted by old boy Danny Welbeck in the quarter-final at Old Trafford. It pained me to see him score the winner as I wholeheartedly agreed with the manager that he was not good enough for his team and apart from that goal the manager was proved to be correct.

David de Gea performed heroics between the sticks for United as on countless occasions he somehow managed to get a fingertip, a toe, a leg in fact almost every part of his body to the ball to rescue valuable points for the team.

His stand out match among many had to be the victory over Everton at Old Trafford in which not only did he become the first keeper to save a Leighton Baines penalty in the league but his last minute save at full stretch to deny a certain goal was truly world class.

The latter part of the season was marred by the continued speculation that Real Madrid, as they do every season, wanted the Spaniard to return to his hometown to be their number one. United have offered De Gea a substantial pay increase to try and lure him to stay so the ball is firmly in his court. I hope his head is not swayed and with the uncertainty of who will manage the Madrid side he could decide to stay at a club where he is loved by the fans.

The fact that De Gea was chosen as the player of the year for the second season running tells you how terrible our defence was for most of the season. Due to a combination of injuries and poor performances the team never really had a stable look about them.

The player worst hit by injury had to be Luke Shaw who had a wretched time in his debut season. In the beginning, he was deemed to not be match fit by van Gaal and had to wait for his chance.

However, when he was fit he proved exactly what a talent he is with some outstanding link up play with Ashley Young on the left wing. 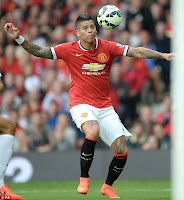 Another of the new signings blighted by time on the treatment table was Marcos Rojo but like Shaw became a crowd favourite with his all-out style of play.

Through necessity rather than choice, we saw the introductions of a couple of reserve talents in defence Tyler Blackett and Paddy McNair. To their credit, they can hold their heads up high within the team but without an experienced player to guide them they seemed to lose a little confidence towards the end of the season.

At the start of the season Louis van Gaal experimented with three centre-backs usually a combination of Jonny Evans, Chris Smalling and Phil Jones but they were like the teams very own ‘Bermuda Triangle’ as strange events would take place when they were together.

Evans seems to have blown his chance under van Gaal and could depart for pastures new, Jones is still battling with confidence and decision making in his game.

To be fair to Smalling he pulled his game together and scored some important goals and when he was made captain for the Arsenal match that was a great endorsement from the manager following his contract extension.

In that system, Ashley Young was used as a wing back which totally limited his potential to create any forward momentum that resulted in a lack of assists. The same could be said of Antonio Valencia who filled in at right back all season, not his favoured spot.

The side looked distinctly more comfortable and balanced once the system had reverted to the more traditional flat four at the back and gave players like Young the licence to attack the wings which provided the much-needed outlet of goals that had been lacking.

The team is crying out for new blood at the back with experienced players to help guide the youngsters and provide that all important defensive partnership that United have been used to in the past. Many have been linked including Alves, Otamendi and Hummels so it will be interesting to see who comes.

Ander Herrera and Juan Mata were both a breath of fresh air in the middle, but it took the manager a while to blend them into his system but when they did great things happened.

Herrera’s brace against Aston Villa and Mata’s double at Anfield, his second winning him the goal of the season, were the icing on the cake for both of the Spanish amigos.

Their guile and skill combined with an eye for the killer pass should benefit the team more next season with the right forwards to get on the end of their creativity.

Michael Carrick started the season late and ended it early due to injuries, but when he did play the team looked more stable. At his age, he will not play a whole season which is all the more reason to buy a midfielder who can help him carry the workload.

It was a positive debut season for Daley Blind who was asked on many occasions to play in different positions including right-back, central defence and holding midfield. In fact, I was waiting for him to play in goal in the last match of the season.

He is a good utility player but the energy and work rate he put in over the season began to show in his legs towards the end.

Now, what about the bushy haired Belgian who had endured a horrible time under Moyes at United last season, what a transformation Fellaini was this term. He was a totally different player, a player who was used intelligently by the manager which paid off big time in some important games.

Used for his height he became unmarkable in attack but that wasn’t the whole story he actually showed that he can play football and scored some crucial goals. A player who seemed to enjoy his game after the ridicule of last year. I’m turning a blind eye to his GBH attack on Paul McShane and subsequent red card.

After a bright start to his Old Trafford career record signing, Angel Di Maria became the enigma in the side. His poor season has produced a huge debate to exactly what went wrong. Was it an early season injury, loss of confidence or the manager not being able to find his best position?

Maybe it was all of them but it will be interesting to see how van Gaal manages the situation. I think it was a case of the right player at the wrong time as he was not suited to United’s transitional period hopefully he will get a second season to repay the money spent.

Newly appointed captain Wayne Rooney flourished after his move back to his favoured position as the main striker after being wasted in midfield earlier on in the season. Once he returned there the goals quickly came with the two best being the winner away at Arsenal and the volley on the turn at home to Villa.

Robin van Persie has had a season to forget and found it hard to get into his normally lethal stride not helped with time spent on the sidelines. 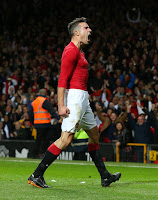 I believe that like Blind his fitness was affected by the long run in the World Cup. I admire van Persie as a player and will be forever grateful for what he achieved in his debut season but with his age and injury concerns maybe it’s time for a new younger version to spearhead the attack.

Lastly, is the Colombian Radamel Falcao. I for one had high expectations when he came last summer perhaps like everybody too high. He came to United on the back of a lengthy knee injury that in hindsight proved to be his downfall.

Undoubtedly talented and charismatic he seemed a perfect fit for the reds but sometimes who have to bite the bullet, shake hands and say thanks but no thanks. Exactly what the manager has done.

Fringe players like Januzaj, Wilson and Pereira still need time to develop at United so maybe going out on loan for a season will give them a confidence boost and important game time. It didn’t do any harm to the likes of David Beckham in the past.

The manager and his assistant Ryan Giggs seem to have gelled over the season if the head slaps dished out by van Gaal are anything to go by.

Louis van Gaal has built up a rapport and respect from the fans after his no-nonsense press conferences along with the willingness to change his system when there were clear indications it wasn’t working.

His end of season speech at the Player of the Season awards also showed his lighter, less stern side.

My opinion is that the season, on the whole, can be qualified as a success. As with everything time is a great healer and van Gaal seems more than capable of taking the team further.

I feel that with new additions to the team we can compete next season with a squad that has cover in all positions both at home and in Europe. I’m excited about the possibilities after van Gaal’s bedding in season has come to an end.

Enjoy the summer break and thanks for reading.