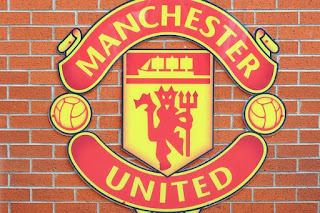 It seems that last season has only just finished but this week saw the release of next season’s fixture list.

All the fans have their own preference of which match to look for first whether it be by team or date. I myself always look for the Liverpool matches followed by who United will play on my birthday, Boxing Day.

There is, of course, no such thing as an easy season, however, Louis van Gaal must have been quietly confident when he saw the fixtures as it has thrown up a fairly easy start and end to the season with the hardest of the matches coming mid-season which gives the team time to get into a winning rhythm.

The Red Devils will kick off their season with by far the biggest match of the opening weekend at Old Trafford against Spurs followed by an away trip to Aston Villa then it’s Newcastle at home.
August ends with a tricky journey to Wales to take on Swansea who started our season off with a defeat last year. In the middle of those games, United will have the not so small task of the UEFA Champions League qualifying matches.

There will be the dreaded international break before our first big clash in mid-September at home to Liverpool, memories of last season’s double over them still fresh in the mind. Two more games in September see us play the much improved Southampton away and Sunderland, who were so lucky to escape the drop last time round, at Old Trafford.

October will prove a difficult month as it starts with two matches away first a visit to the Emirates to play Arsenal followed by Everton. Then it’s the first local derby at home to Man City. Last season was sweet against the Gunners and City but sticky versus the toffees. Crystal Palace will provide the opposition at Selhurst Park at the end of the month.

The three matches in November seem to be relatively straightforward, if that’s possible for United, they are WBA at home, newly promoted Watford away and Leicester away.

The month will see a return to Vicarage Road for Ashley Young, who started his career at Watford. It’s been eight years since The Hornets were last in the top flight.

The busy festive month of December will see United play in a total of five matches three home and two away. It starts with a home game against West Ham with their new manager Bilic then a trip to the south coast to play Premier League debutantes AFC Bournemouth who we last played in the FA Cup back in 1989.

Another newly promoted side Norwich will visit Old Trafford then Boxing Day will see all the fans dressed as Santa at The Britannia Stadium to take on Stoke. Come the end of the year will hopefully be a match that is going to have a strong bearing on the Premiership title, Chelsea at home.

The first match in 2016 will see the visit of Swansea to Manchester followed by a break in the league for the FA Cup 3rd round. After which United will be on their travels to Newcastle and Anfield the scene of Juan Mata’s heroics last time we played there. The month will end with Southampton at home.

February starts with former red Mark Hughes bringing his Stoke side to Old Trafford which will be followed by United playing Chelsea at Stamford bridge on the 58th anniversary to the day of the Munich air disaster. Sunderland away comes before yet another big clash of the month Arsenal at home.

Hopefully, by the time March comes around United will be well placed for the league run in and will host Watford then visit WBA. Crystal Palace at home will be followed by our last match against one of our possible major opponents for the league, Man City at the Etihad. It would also be nice to think that United will be still involved in the knockout stages of the Champions League and the FA Cup.

The last seven matches in April and May appear to offer United a chance to end the season strongly and it starts with Everton at home then Spurs away. By the time we play Villa at Old Trafford and West Ham away, we could be potentially gearing up for silverware in the league or one of the cups or dare I say both.

Our last three games of the league season are Leicester at home followed by Norwich away, then Old Trafford will witness the last match of the campaign as Bournemouth will hopefully be trying to spoil the Champions’ celebrations.

I foresee United getting off to a flying start compared to the stuttering beginning last season. Louis van Gaal has now had a year in the Old Trafford hot seat and will have learnt from his and the teams’ mistakes of the previous season. Add to that any new arrivals that are signed to strengthen the squad and there is every reason to be optimistic about the chances of being able to challenge on all four fronts next season.