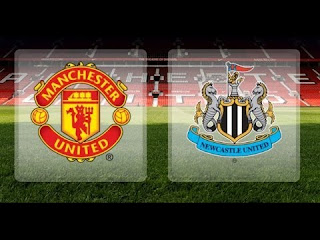 Following the euphoria of United’s winning return to the Champions League, it was back to the bread and butter of the Premier League and the visit of Newcastle United to Old Trafford.

United welcomed former assistant manager Steve McClaren back to Old Trafford as the away team manager. McClaren, of course, was Sir Alex Ferguson’s right-hand man in 1999 when United completed the historic treble and was revered for his coaching skills, but has not really hit the same heights as a club or international manager since then.

United’s home record against Newcastle in the Premier League is almost 100% perfect as they have only lost once at home to the Geordies and that was as recently as 2013.

In last season’s corresponding fixture, it was captain Wayne Rooney, who put in a man of the match performance scoring a brace and adding an assist in the 3-1 win. With all the criticism, he has endured at the start of this campaign, he would have wanted to repeat those exploits in this match.

Louis van Gaal had used an unchanged starting eleven in the last two victories against Aston Villa and Club Brugge but this time he decided that he would slightly tinker with the team selection as he looked to achieve a four match winning start to the season something that hadn’t been done since 2011.

Schweinsteiger made his first start for United in place of Carrick, who in turn would be on the bench alongside McNair, who had been recalled to the side because of Fellaini’s absence as he served the last match of his ban. There was still no place for De Gea as Romero continued in his place and deservedly so.

First half: The away side got the match under way as they attacked the Stretford End. Luke Shaw made the first move forward as he collected the ball and attempted a low cross which was easily cleared this was followed by a shot from distance by Memphis which didn’t trouble his compatriot keeper Krul.

A bright start from the red devils and a continuation of the attacking flair they had shown against Club Brugge.

In the first five minutes Rooney had been at the core of all United’s attacks and even had the ball in the back of the net, but it was ruled out for a very close and debatable offside decision.

In the 10th minute, United won a free-kick in a dangerous area after Darmian was scythed down. Memphis left it for Mata whose effort was easily caught by Krull. With his track record of scoring from free-kick situations, Memphis has to step up and take control of the set pieces more.

Mata had a low drive palmed away at his near post by the impressive Tim Krull as United piled the pressure on the visitors penalty area and Rooney tried his luck from the edge of the box, but it was too weak to trouble the keeper.

After a quarter of an hour, the home team was in total control as Schweinsteiger and Schneiderlin governed the middle of the park with authority and didn’t allow the opposition to have time on the ball.

Darmian received United’s first caution after catching Haidara late then the Newcastle forward had his name taken for a similar challenge on Blind in United’s penalty area.

Memphis tried his luck in the 20th minute but decided to make it easy for the keeper by placing his shot rather than blasting the ball. This was followed by a close call for the reds as Newcastle nearly stole the lead when Mitrovic’s dipping header alluded Romero but struck the crossbar. A real let-off for United.

Back on the attack Memphis almost opened up the visitors defence, but his final ball into the area was a little behind his teammates. The match was turning out to be an enjoyable one as Newcastle at least tried to create some chances, especially with the lively Mitrovic.

In the first half hour, Januzaj was having little or no effect on the proceedings and the game was crying out for a player like Herrera to help out the hard working Mata.

Blind’s thunderous strike from distance almost took the head of a defender as United strived for the vital opener before half-time. Darmian ended a great United passing move by delivering  a delightful cross that Rooney only just failed to meet.

As the half progressed, you got the feeling that with no goal to show for the effort United had to be careful at the back as Newcastle possessed enough pace to trouble the defence but the confident Smalling and Co. kept any threat at bay.

United had one last chance before the half ended as Januzaj, Rooney and Mata attacked, but the young Belgian dithered on the ball and by the time Memphis had joined the attack the momentum had been lost.

Half-time 0-0 and for all their sweat United were all level at the end of a half that at the beginning had promised much but failed to deliver on the end result. The forwards came up against Tim Krul, who had excelled for Newcastle in goal with a string of fine stops and had a personal battle with his Dutch teammate Memphis.

The usually critical United manager would surely have had stern words for his team in the dressing room after the side failed to capitalise on their possession and would want to see an improvement in the second half.

Second half: United got the second half underway and it was their turn to attack the Stretford End hoping to have more luck in finding a way to beat a keeper who was on top of his game.

Within the first few minutes, full back Darmian made another excellent run into the Newcastle area and earned a corner for his industry and he was straight down the other end stopping an attack.

After ten minutes, the play had become fairly balanced as both sides tried to find a way through the resolute defences and you got the feeling it was going to take something special to break the deadlock.

Memphis went on a typical run towards the opposition area, but was upended by former red Obertan to earn a free-kick that he took himself and smacked the ball straight into the defensive wall. Memphis then collected the rebound and crossed to the far post where Smalling tried a looping header, but Krul once again collected easily.

Just before the hour mark Schweinsteiger, who was clearly feeling the effects of a heavy first-half challenge, was replaced by Carrick. Soon after Memphis had another effort deflected for a corner and the resulting cross found Smalling at the far post, but his shot was blocked.

In the 66 minute van Gaal decided to beef up his attack as he brought on Hernandez for the ineffective Januzaj. The Mexican last scored for United against the Toon, which was hopefully a good omen.

Mata’s creativity provided Rooney with an opportunity in the 71st minute but the captain’s turn and shot was well blocked, then a minute later Rooney returned the favour with a cross to the far post which Mata caught full on the volley only to see his effort fly well over the bar.

Hernadez had a shot that was almost deflected into the net by Memphis and since his introduction Carrick was helping his side turn the screw. In one attacking foray, Luke Shaw found himself in a shooting position but once again Krul proved hard to beat.

76 minutes of play and Valencia was brought on to replace Darmian who had once again shown his quality in the right back spot.

Tim Krul was turning on the heroics as he saved from Hernandez at point-blank range when a goal looked certain. It was going to take something extraordinary to beat the Dutch keeper today.

In the last ten minutes it was all the home side as they tried to grab the winner that would give them a perfect start to the season and three valuable points ahead of some tricky matches.

Valencia almost found a route to goal but his effort was blocked for a corner which was cleared for another. It was all United as the fans urged their side on for the last five minutes.

The closest United came was as the clock showed the 90th minute and Memphis floated over a corner that was met by Smalling’s head, but as it wasn’t to be United’s day the ball was cleared via the last defender and the post. Then the away side went on the counter attack which was wasted as they had a three on two advantage.

There was still time just before the final whistle for Michael Carrick to blast a shot goalwards which was blocked for another corner.

That was to be the last action of the match and the game ended in a disappointing goalless draw.

This was one of those games that has been witnessed so many times down the years at Old Trafford where the visiting goalkeeper has the match of his life and the same was true for Newcastle’s Tim Krul as you got the feeling that United could have played all day and still not got past the Dutchman. The visitors grew in confidence as the match progressed and had their own chances to win the match.

Two points were abundantly clear after this result one is that Januzaj is still under performing while Herrera’s talent is being wasted on the bench and secondly United need an out and out striker but having said that even they would have struggled to get past Krul today.

On a positive note the team performed well and Italian full back Matteo Darmian once again produced a performance of a high standard earning him man of the match.

All this week the media and a section of fans have centered on United’s failure to attract players such as Pedro and Otamendi who joined our main rivals Chelsea and City respectively. Louis van Gaal insisted that if he had wanted those players then he and Ed Woodward would have signed them.

However, it doesn’t alter the fact that United desperately needs a striker that can bolster the forward line and add the goals on a regular basis together with a central defender to ease the burden on the likes of Daley Blind. Sure, Marcos Rojo is close to a return to first-team action, but if the team suffers from the injuries and poor defensive form as last season then this will be an issue.

Next up for United is the important away leg of the Champions League playoff in Belgium which they will take a healthy score line of 3-1 to thanks mainly to the efforts of Memphis and the late, late goal by Fellaini in the first match that will then be followed by a tricky away match at Swansea City in the Premier League.

Until then, thanks as always for reading.