United Back on Track at Goodison 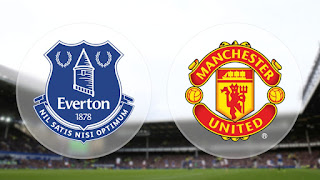 After what seemed like an eternity United returned to Premier League action with what could have been a sticky trip to Goodison Park to tackle the Toffees but turned out to be so sweet.

Following the embarrassing defeat to the Gunners, United would have preferred to have had the chance to put the record straight within days of the loss but, unfortunately, they had to bide their time until the latest round of international matches had been completed.

It was a mixed bag for our international players involved in the Euro 2016 qualifiers with England, Italy, Belgium, Spain, Germany and Northern Ireland all making it through along with the hosts France, however, the biggest shock had to be the failure of Holland, which means that the finals will be without the talents of Memphis and Blind.

Time is a great healer, but the international break couldn’t have provided van Gaal with the opportunity to address some important issues as the majority of his squad were on duty all over Europe. His main headache would have been the form, or lack of, of his captain Rooney, who hadn’t managed to score against his boyhood club since 2007 and in fact Rooney’s last league away goal for United was almost twelve months ago against Arsenal.

Louis van Gaal would have been sweating on the fitness of key players, including Rooney, along with Carrick and Schweinsteiger ahead of this crucial clash against a tricky Everton side, who have had the better of the Red Devils in the last three games at Goodison, but all were declared fit with the only player absent Ashley Young.

This meant that van Gaal was able to pick from a strong squad to try and turn things around after the poor showing against Arsenal a fortnight ago.

After indifferent displays in his debut season, Memphis was relegated to the bench alongside compatriot Blind but there were recalls for both Herrera and Rojo with Jones and Schneiderlin also back in the starting line-up.

Both sets of supporters and players warmly applauded former Everton player and manager Howard Kendall, who passed away prior to the game. Kendall was the manager in the 80’s at a time when Everton enjoyed their highest level of success.

United’s formation meant that Rooney started as the main attacker with Martial and Mata wide of the forward with Herrera tucked in behind. At the back, Jones was to partner Smalling with Rojo slotting in at left back.

In the early minutes of the game Rooney, Mata and Herrera interchanged positions and passes well to try and gain an early advantage which hasn’t happened on many occasions this season and it was Rooney, who had the visitors’ first effort after ten minutes, but his effort from the edge of the box was pulled wide.

Lukaku proved to be a handful in the opening exchanges, especially for Jones, who looked so uncomfortable when up against the big Belgian. Smalling has enjoyed a great start to the campaign, but when he plays alongside Jones he seems to have his confidence affected.

Herrera called on ex-red Howard to pull off a smart save by tipping over a rasping drive. From the resulting corner, United took the lead in the 18th minute as the ball came out to Rojo who hooked it back into the danger area where Smalling was loitering and he chested the ball into the path of Schneiderlin who calmly placed the ball into the bottom corner of the net. A brilliantly cool finish by the French star for his first goal of the season.

Then the recalled Herrera made it an even greater start for the visitors four minutes later by heading in the second goal from a sublime cross by Rojo. This was by far the best start by United this season away from home.

There was a nice duel developing in midfield as experienced Schweinsteiger came up against the youngster Barkley a case of master and the apprentice with the German using all of his experience to come out on top.

A great chance fell to United just before the break as Rooney beat the offside trap and raced towards goal and instead of shooting he unselfishly squared the ball to Martial, whose shot was blocked luckily by the home defence then Everton went up the other end and De Gea punched away an attempt by Barkley.

Half time and United had played probably their best football away from home in the league this season with Rojo and Herrera both contributing so much on their return. However, Rooney continued to frustrate with another below par performance and more would be expected from him in the second half.

United made a change at the start of the second half as Jesse Lingard replaced Juan Mata. This was a great chance for Lingard to show the manager what a talent he is on a rare appearance for the first team and he was immediately called into action back in defence as he cleared the ball before Lukaku could do any damage.

Barkley and Schweinsteiger continued their tussle in the middle with the elder receiving a booking in the opening exchanges. Everton pressed and won a few free-kicks in dangerous positions with Rojo becoming the second United player to enter the referee’s book.

In one attack, De Gea produced a stop with his legs to prevent a certain goal by Lukaku then the Spaniard followed up with further heroics by diving to save from Barkley after yet another Everton free-kick.

Just after the hour mark Rooney made up for his below par first half with a goal that reminded everybody what he is best at by latching on to a through-ball by the impressive Herrera and confidently stroked it past a despairing Tim Howard to give the visitors a comfortable three goal lead.

Let us hope that the goal pulls Rooney out of his slump and gives him the kick-start his season needs. Rooney has now equalled former red Andy Cole by scoring 187 Premier League goals, but is still behind Alan Shearer.

In another one on one with Howard, Rooney showed he still had the pace but was thwarted by the keeper before he could pull the trigger. That is exactly where the captain should play week in week out as the main striker and not be allowed to be pulled back into midfield where his goal scoring talent is wasted.

For the final fifteen minutes, there was the ritual change of Carrick for Schweinsteiger to freshen up the midfield against the background of the fantastic away support that was in fine voice as always.,

Magic Martial almost dribbled the ball through a wall of defenders and into the net only to be thwarted by Howard in goal. The French star is full of confidence when the ball is at his feet and is a breath of fresh air even out of position on the left. A couple of minutes later Fellaini replaced man of the match Herrera in the final change of the match.

The final ten minutes saw United go through the motions with one eye on the upcoming Champions League tie over in Moscow, but Martial was at it again in injury time when he danced through the defence on the byline and pulled an inviting ball back into the danger area which begged for somebody to get on the end but it wasn’t to be.

With important matches upcoming including dates with Man City and Crystal Palace in the league and a League Cup tie at home to Middlesbrough sandwiched between the double header against CSKA Moscow in the Champions League it was imperative that United restarted their league campaign in a more positive fashion than they had left it at the Emirates.

This they did and in some style with a determined attacking display combined with some robust defending that puts the team in the right frame of mind for the tough month ahead. Ander Herrera put in a man of the match performance with his all-round enthusiasm and his goal plus assist put the icing on the cake of his display.