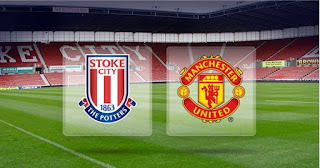 In a week that hasn’t exactly seen much Christmas spirit aimed towards Louis van Gaal no amount of mince pies and wine will be able to hold the critics from the door as once again United succumbed to defeat in the most demoralising and depressing fashion.

It was imperative that van Gaal stopped the rot and quickly. So, with that in mind, he chose a side that had the huge responsibility of possibly saving his job. The starting XI he went for was: De Gea, Young, Jones, Smalling, Blind, Carrick, Fellaini, Herrera, Mata, Memphis and Martial.

Van Gaal produced a surprise by dropping Rooney to the bench and bringing back Herrera. The move could be with one eye on the Chelsea match on Monday or just down to form. With Schweinsteiger serving the final match of his ban Carrick was preferred to continue in the middle ahead of Schneiderlin. Jones was chosen again to partner Smalling at the back with Young continuing his role as the right wing back.

Martial had the opportunity to keep his goal scoring on the rise as he would spearhead the attack with the support of Memphis and Mata.

It was a blustery Britannia Stadium that welcomed both sets of fans looking to blow off their Christmas day festivities and get right behind the two teams. The main concern for the away fans had to be the form of Stoke’s mercurial player Shaqiri.

United got the game underway with Fellaini starting the match playing in the number 10 position with Herrera lying deeper in the midfield, which bearing in mind the conditions wouldn’t suit any high balls up to the Belgian.

The hosts started the brighter of the two sides as United struggled to get into a rhythm. Once they did get some movement going it was Herrera, who had the first effort from distance that didn’t really trouble the keeper.

It was clear from the outset that like most teams playing United this season Stoke were not afraid of a Red Devils team that was clearly short on confidence.

United were guilty of providing the opposition far too much time on the ball and the home side seemed to enjoy running at the visitors with Shaqiri especially in the mood against Blind on the right wing.

Memphis almost sneaked a curling free-kick past Butland at his near post in the 18th minute, then up at the other end within a minute the Dutch winger badly messed up a back header that was so awful it allowed Johnson to set up Bojan to put Stoke in the lead.

Then the pressure was really put onto van Gaal’s shoulders after Stoke won a free-kick right on the edge of the area after a handball by Young. The resulting free-kick was played square and up stepped striker Arnautovic to slam home a thunderbolt into the back of De Gea’s net to make it 2-0.

Once again, no words could describe the state of United’s play to put themselves into the position of being behind after half an hour. They only had themselves to blame.

Memphis did try and redeem himself with another attempt from distance after United had won a free-kick, but after it was parried by the keeper it was the lack of clinical finishing in Fellaini’s follow-up that summed up the United team at present, weak and without belief.

Fellaini had another opportunity to grab a goal back, however, not for the first time this season he dithered on the ball at the crucial moment. United did manage to end the half with a flurry of corners, none of which troubled the home defence.

Devoid of ideas in all departments United went in at half-time having not only conceded two goals, but, more worringly, having not shown any of the conviction that is expected from players wearing the famous shirt.

The last time United came back from two goals down to win in a Premier League game was on the same day in 2013 away at Hull City. Just didn’t get the feeling that was going to happen in this game.

The second half got underway with van Gaal making the expected change with Rooney replacing Memphis in the attack and at least they started on the front foot showing the urgency needed. Having said that the attacks lacked any fluid movement and were easily cancelled out by the home defence.

Young tried his best down the right wing and one of his attempted crosses was almost met by Rooney’s head.

At the back, even the usually reliable Smalling was having a stinker, especially when attempting to play the ball out from the back with passes that we’re way too short for his teammates. It really is no coincidence that his level does drop when he is paired with Jones in defence.

Fellaini was presented with a chance on a plate following great work on the byline by Rooney, but his close range shot was straight at the keeper when it looked odds on he would score. Then Mata had a sneaky effort saved under the bar by Butland.

United had the majority of possession after the hour mark, but you got the feeling that Stoke felt comfortable enough to let United come at them, so confident in fact they even withdrew playmaker Shaqiri with twenty minutes still on the clock.

Young saved United from any further damage with a superb interception to prevent Arnautovic getting onto a through ball to score his second. Great defensive play from Young, who to his credit hadn’t stopped running up and down his wing all day.

The faces in the away dug out painted a picture that must have been shared by the millions of bewildered fans watching around the world the only difference being the men on the bench had the responsibility of doing something about the situation, but as always they sat unanimated at a time when the side needed leadership. Especially bearing in mind former red Mark Hughes never left the touchline and his team was winning.

For the final ten minutes of the match van Gaal made his last change, of what could very well turn out to be his United career, when he introduced Pereira for Herrera and the youngsters first piece of action was to be cautioned for a professional foul.

Pereira almost instantly made up for his mistake with a pass that provided Martial with a shooting chance that was well saved by Butland low to his left.

Game over and another defeat for the Red Devils with the question being how will van Gaal be able to survive this massive setback after his words of solidarity prior to the match?

Clearly, all is not well in-house and with the home fans taunting the beleaguered Dutch coach by chanting his colleague Jose’s name, you really have to wonder if he will indeed call it a day himself and let someone else pick up the pieces.

Over the last season and a half, I for one have championed van Gaal as a manager even though not agreeing with his methods at times. I really believed that with his pedigree as a coach the good times would return to Old Trafford. But after this match, which was an opportunity to put the record straight, even I have to accept that enough is enough and maybe it’s time to go forward with a new man at the helm.

However, that man should not be Ryan Giggs as being a legend doesn’t suddenly make you a great manager. We need someone special who can reinvigorate and reinvent the side back to winning ways.

Whatever happens, in the next few days, it will be interesting to say the least, especially when you consider who United face at Old Trafford on Monday.Thanks for reading.

Written by Editor
United’s Year Draws To A Close
Pressure Mounts On United.