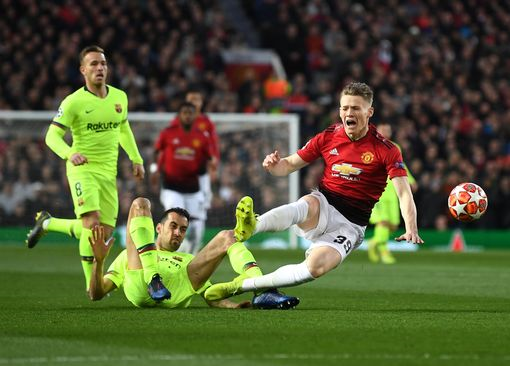 Whilst Manchester United suffered a 1-0 home defeat tonight in the Champions League against FC Barcelona, Man Utd fans should be confident of getting a result next week.

The manner in which we lost tonight was not as bad as it could have been. With FC Barcelona on scintillating form in La Liga, it was always going to be a difficult task. Whilst the Catalan giants have the advantage going into the second leg, a goal by Manchester United and the game is well and truly back on.

Our attack is key for victory in the Camp Nou and we will need to be clinical like we were in Paris in the last leg. Defensive wise, tonight we were excellent for the most part and in midfield we held our own against a good Barcelona team.  A player which has impressed many and the respect of the opposition was Scott McTominay. The midfielder was highly impressive keeping the midfield of Barcelona much quieter than usual.   He will surely be in the line-up for the trip next week. We are confident of victory in Barcelona but will need to play the best we have all season to guarantee qualification.

What did you think of the performance tonight and do you think we will get the result need next week? We will sure to need the spirit of 99.