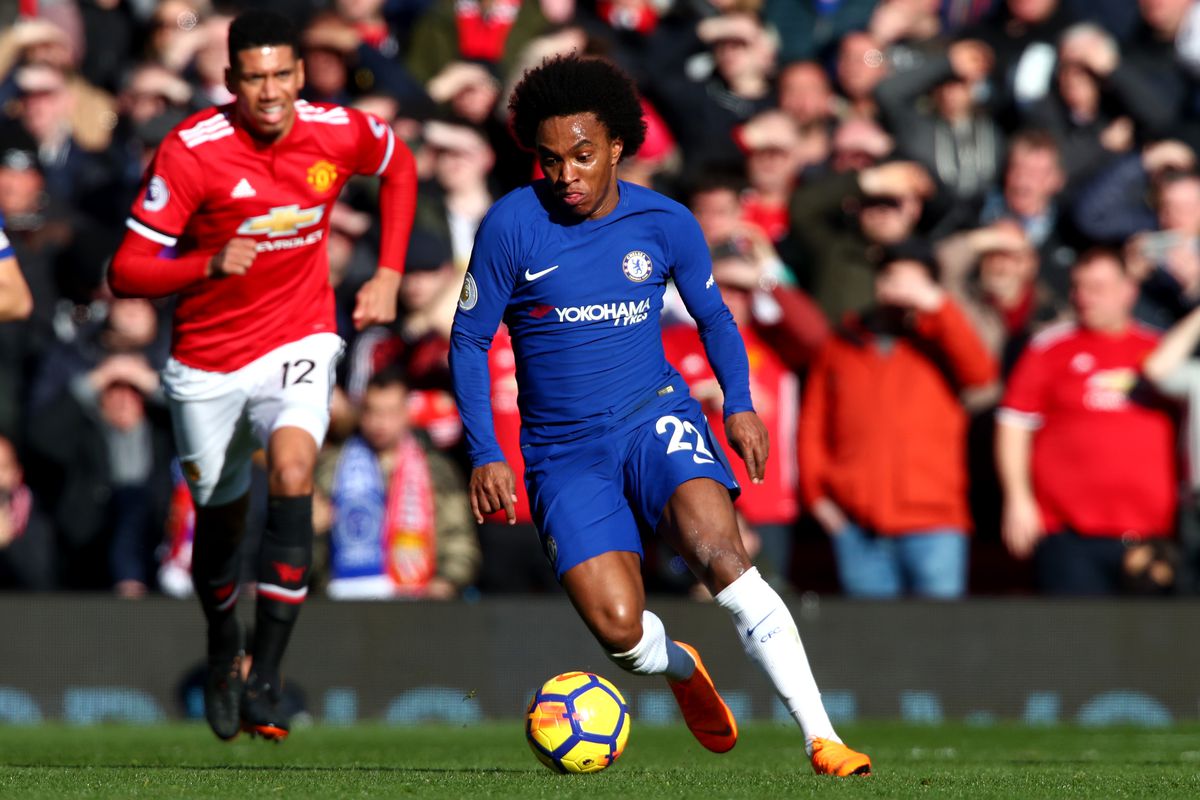 How United Could Line-Up Against Chelsea?

The beginning of the Premier League is well within our sights now, and while United are still yet to wrap up crucial signings, the makeup of the starting eleven for the curtain riser against Chelsea at Old Trafford looks set.

The Red Devils are still pushing hard to complete deals for Harry Maguire and Bruno Fernandes from Leicester City and Sporting Lisbon respectively. According to reports, these deals could be completed in time for both to feature against Frank Lampard’s side. Reports in Portugal say Fernandes last game for Sporting should be the national SuperCup on Saturday, versus Benfica.

Meanwhile, United have allowed Antonio Valencia and Ander Herrera to depart the club. The latter has joined PSG, while Valencia returned to his home country Ecuador. Romelu Lukaku also looks to be heading out of the exit door at the Theatre of Dreams and rumours say it could happen a swap deal with Dybala.

This means there will certainly be a fresh look about United, if they complete all the things we expect to happen this Summer. Let’s examine how United may line-up against Blues as they look to get their season off to the perfect start.

This area of the pitch hasn’t been a problem for United ever since David de Gea has settled with the club. The fans that were demanding the club cash in on the stopper were forgetting about the long-term success he has achieved at the club, and not thinking about the dismal position United would be in without him.

It now looks likely that the Spanish goalie will put pen to paper on a new deal with the club, and in the process make him the most-paid goalkeeper in the world. The 28-year-old endured a difficult end to the last campaign but will be looking to start the season strongly against Chelsea. It has now been confirmed that David De Gea has signed the contract, something which the United fans will be happy to see.

The signing of Aaron Wan-Bissaka for £50 million from Crystal Palace raised a lot of eyebrows but judging from his pre-season form he has already hit the ground running at Old Trafford. The right-back position has been a problem area for United ever since Rafael Da Silva was allowed to leave for Lyon, but in Wan-Bissaka United have one of the best in the league.

Central defence was a major headache for first Jose Mourinho and then Ole Gunnar Solskjaer last season. The club conceded more goals in the 2018-19 season than in any previous Premier League campaign.

The one player that came out of the season with any reputation left was Victor Lindelof. The Swede enjoyed a fine season and the question over who will partner him likely be answered when the Red Devils can get the Maguire deal over the line. Luke Shaw will look to push on from positive displays last season, as he looks for his second consecutive full-season of staying injury-free.

The 4-2-3-1 formation which Solskjaer has been playing throughout pre-season looks to highlight at the way that he hopes to play this season. All of the performances in Asia were full of energy and the high press means United are going to be a lot more entertaining than last season to watch.

The two holding places will likely be taken up by Paul Pogba and either Nemanja Matic or Scott McTominay, who has enjoying quite an uprising, especially after being announced as cover star of PES2020. The latter of which is the preferred option since he has the energy, but for a big game against Chelsea, it will likely be Matic that gets the nod.

Pogba has been brilliant throughout pre-season, and he looks fitter than he has done in previous seasons. The talk about his future has finally quietened now, which means we may finally get a season of the Frenchman performing at the level that all United fans know he is capable of.

In front of the holding players, there could be a Premier League debut for Mason Greenwood on the right after he has impressed throughout pre-season. His goal against Inter Milan was Robin van Persie-esque, and he undoubtedly has a huge future with the club.

Anthony Martial will operate on the opposite flank, while the number ten role will hopefully be taken up by Bruno Fernandes. United don’t possess any players that have the quality of the ball to match the Portuguese, and that has been evident throughout pre-season. It is a deal that United essentially need to get done. Should Fernandes not join, then it will likely be Jesse Lingard employed in this role.

With the likely departure of Lukaku, it is a massive season for Marcus Rashford. He will have to start the season quickly to justify his new £200,000-a-week contract, and hopes will be high after Solskjaer revealed that he is his number one striker.

He will be looking to build on his best goalscoring season last term; as he scored ten goals in the Premier League. Should United have any hopes of achieving something special, he will likely have to double that tally. If Dybala arrives as it has been rumoured, as a switch deal for Lukaku, then we can see United playing maybe in a 4-4-2 with Rashford and the Argentinian upfront.

United are right now as expected to win the Premier League, as the Miami Dolphins as NFL playoff favorites. This means the odds are setting the bar quite low. It doesn’t mean that we can’t be optimistic for next season and wait for United to rise again, if all the deals are completed.

Written by Editor
Is Harry Maguire worth £80 Million (Will He Succeed At Old Trafford)?
2019 Summer Transfer Update – Manchester United