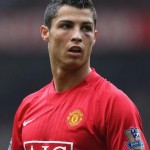 Today United are playing against La Liga side’s Villarreal in the opening game of UEFA Champions League. The game will be a good chance for our team to recover from Liverpool defeat last Saturday in the Premier League. Sir Alex believes that the fans will be a factor to win as the game will be held at Old Trafford.

The fans will see Giuseppe Rossi playing against United for the first time since his move to La Liga. Rossi was a hot-prospect for future at United, but his desire to play first team football let Sir Alex accepted Villarreal offer.

United Squad will be boosted with Cristiano Ronaldo after recovering from an ankle injury. Ronaldo is going to take a part in today game and the Portuguese winger can’t wait to play again and let the fans fall in his love again!

While Scholes is suspended and Carrick is injuried, it is likely to see Darren Fletcher and Owen Hargreaves named in Ferguson’s first XI. Also new signing Berbatov may can’t play due to his knee injury, Nani is expected to replace Berba.

Meanwhile, Carlos Tevez has indicated that Ronaldo comeback will help the team to recover from Liverpool defeat and increase their chance to retain the Premier League and other trophies.

“Cristiano is a massive player for us and it’s great to have him on our side,” said Tevez.

“It’s like having an extra player when he’s there because he’s such a danger to our opponents.

“It will be a big boost to have him back.”