Is Patrice Evra’s Time Up?

During the past five seasons, Manchester United’s full-time left-back/part-time captain/wannabe winger has played more minutes than any other outfield player. Now though, the effects of all the non-stop playing is becoming visible to all. Is it time the United captain took some time off or moved on? 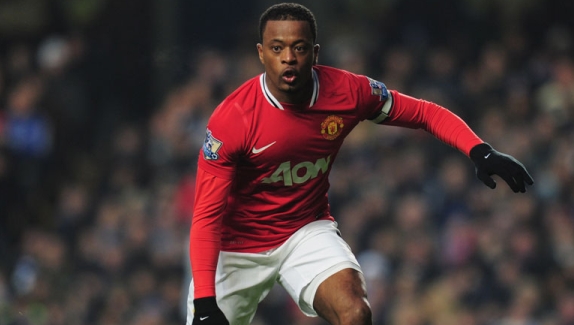 During the past five seasons, Manchester United’s full-time left-back/part-time captain/wannabe winger has played more minutes than any other outfield player. Now though, the effects of all the non-stop playing is becoming visible to all. Is it time the United captain took some time off or moved on?

On 6th January 2006, Manchester United announced the signing of a new left back from French side AS Monaco – Patrice Evra. A relative unknown, Evra struggled initially but eventually slotted into a weaker than usual Manchester United line-up and hasn’t looked back since. He has gone from relative obscurity to superstardom, with Evra now being considered among the top two or three left backs in the world. Now, 4 Premier League titles, 3 Carling Cups, 4 FA Community Shields, a UEFA Champions League, a FIFA Club World Cup and one FIFPro World XI later, Evra is looking decidedly less world-class.

The drop in form of the Frenchman has been staggering. Ever since the ill-fated summer of 2010 in South Africa and the disastrous showing of the French national team, Evra’s form has been going southwards steadily. He has been found out of position, out-paced, out-muscled, out-passed and literally out-played by even the most mediocre of wingers and wide men. A major portion of the goals United have conceded this season have directly come from Evra’s mishaps. Evra has looked a defensive liability for a long time now – during last week’s match against Chelsea, every single one of the Blues’ goals can directly be attributed to dear old Patrice. First, Daniel Sturridge made a mockery of him inside the box, managed to cross on his wrong foot and Jonny Evans helped the ball in. Second, Evra was in no man’s land as Fernando Torres was in acres of space down the right and crossed with no trouble at all for Mata to finish. Third, Evra fouled Sturridge near the edge of the box, and David Luiz headed in the resulting free-kick, albeit off Rio Ferdinand.

This is by no means, a localized occurrence. Almost all of the goals United have conceded (or have come close to conceding) have been caused by Evra’s sheer ineptitude. Against City at Old Trafford, all of City’s last three goals came about when Evra went missing. When we visited QPR in December, their wide man Jamie Mackie literally humiliated Evra down the right. So poor was the left-back’s play that Mackie – not exactly the Cristiano Ronaldo of London – got past him with grit, guile and pure power every single time. In truth, if Mackie’s final ball had been any better, QPR could have whitewashed us, with all the crosses they got into the box. Against Arsenal a couple of weeks back, Evra was beaten time and again by Theo Walcott (acceptable), Alex Oxlade-Chamberlain (understandable) and even Laurent Koscielny (what the hell?!). For someone considered to be among the world’s best left backs, this is simply unacceptable.

Evra’s main problem this season seems to be his defending. Going forward, he’s still as effective as ever, but his defensive play, especially his positioning and reactions have been shocking at times. When he is in the opposition’s half and United concede position, he never seems to be able to track back quickly enough. Of course, that’s mainly because of the fact that he’s so far up the field in the first place. However, even when he does manage to get back, he does not appear to show even the remotest of interest in winning the ball back. He stands off, stands off and tries to run the player to the byline and prevent the incoming cross…which gets in anyway. He isn’t as good at tackling now either and he never rushes into 50-50s the way Wayne Rooney, Darren Fletcher or Nemanja Vidic would – all blood, flesh and bone.

What might be the reason behind this dip in form?

One of the reasons might be Evra’s mindset. After captaining France to a stunning failure at the 2010 FIFA World Cup in South Africa, Evra has seemed a different person altogether. Internal scuffles within the French team erupted after Nicolas Anelka was dismissed from the squad, after which Evra lead his colleagues in protest against head coach Raymond Domenech and the French Football Federation. Subsequently, both the federation and the French government denounced the protests and Evra was stripped of the captaincy of the national team as France were booted out of the tournament without winning a single game. Ever since, Patrice Evra has been marginalized by the national selectors. French legend Lilian Thuram insisted that Evra should have been “banned for life” and French Sports Ministel Chantal Jouanno had this to say –

“I have nothing against Evra but, as a France player and especially captain, he did not defend the values of sport which are shared by the Republic. I am sure there exist other talents who have not sullied France and are waiting for the chance to write new history”

Although Evra has managed four more matches with the French national team, in retrospect it is quite easy to deduce his mindset. He would have been devastated by the turn of events. Granted, most of  them were in fact direct repercussions of his and his team’s actions at Jo’burg, but I do think we’re missing out on Evra’s side of the story. Surely, there must be some reason -however tacky it be – why the entire Frech squad stood up in mutiny against the coach, the trainers and the government. Whatever the reasons are, Evra seems to be keeping them to himself, and that seems to be affecting him and his play.

However, the major part of the problem is the fact that Evra has no suitable deputy for the position. Fabio da Silva is the only other player who can play as a left back. Sadly however, he always seems to be out injured. And when he isn’t injured, he isn’t very good at filling in. Fabio is ideally a right back – he started the 2010 Champions League final against Barca there – and is at best, a make shift left back. Both him and his twin Rafael are better playing as wing backs and are better attacking than defending. Even more weirdly, Manchester United’s Reserves and Academy seem to have an excess of right backs, but a dearth of left backs. Players such as Marnick Vermjil, Alberto Massacci, Tom Thorpe, Michele Fornasier and Scott Wootton are all either right backs or right-centre halves. However, Luke Giverin is the only genuine left back/left wing back among the reserves, while Ezekiel Fryers and Sean McGinty are both left sided center halves rather than out-and-out left backs. Although Fryers has had a few run-outs in the squad, he is yet to impress and has an aura of defensive susceptibility around him.

This means that Evra is forced to play week-in week-out. With no established back-up, Evra at left-back is the best Manchester United can work with. So if we do decide to buy someone come summer -Wesley Sneijder be damned- I will be pumping for a new left-back. Jordi Alba at Valencia seems a very good choice, as does Aly Cissokho at Lyon and Mamadou Sakho at PSG.

Whatever the reasons be, its about time Evra manned up. The season is approaching its final stages, and we need everyone in the squad – especially Evra – to be on their toes. United have been breathtaking going forward, but unusually frail staying back. With Rio Ferdinand struggling to re-attain former glories, Nemanja Vidic injured and a whole lot of youngsters taking tentative steps into the first-team, Evra needs to be among the guiding voices in the team. He needs to understand the trust Sir Alex has put in him by handing him in the captaincy, and has to realize his mistakes and right his wrongs. Otherwise, he could well end up following the not-so-illustrious path taken by, amongst others, Ravel Morrison and Darron Gibson. So will the real Patrice Evra please stand up?

Written by Editor
9 comments
Why Did It Have To Be A Relief At The End?
Can’t wait till Saturday, bring on Liverpool!