As the build up continues and gathers pace for the big game this Saturday against our hated arch-rivals, Liverpool, the team we love to hate and that too with a passion wherever you are in the globe, let’s take a glimpse back in the not so distant past; to last Sunday to be precise. 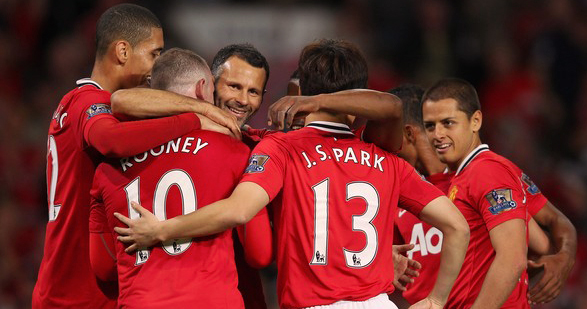 As the build up continues and gathers pace for the big game this Saturday against our hated arch-rivals, Liverpool, the team we love to hate and that too with a passion wherever you are in the globe, let’s take a glimpse back in the not so distant past; to last Sunday to be precise.

It was no doubt a great game for the neutrals. We were undeservingly one goal behind in the first half but for all our good play, we lacked the killer pass or cross to really trouble Chelsea but certainly we didn’t deserve to go into the break one goal down. Jonny Evans, who otherwise had a great game was very unlucky to score that own goal. Question marks again on Patrice Evra who was turned so easily by Daniel Sturridge. At the start of the second half, before we could get into gear and apply pressure, we got a kick in the teeth by a marvellous strike by Juan Mata and a few minutes later, we were stunned as a free kick was missed by Michael Carrick and Rio Ferdinand couldn’t get to the ball before David Luiz and the Brazilian’s header took a sizeable deflection of the English defender to give Chelsea an unlikely 3-0 lead. As I sat there watching what was unfolding in front of my eyes, trying to comprehend what was going on, my thoughts shifted back to the match against Chelsea at Old Trafford in September when we raced into a 3-0 lead without playing anyway as good to deserve such a lead. Maybe it was the justice of the football gods at work. However, I always felt that if United put in a sustained period of pressure and if we scored soon, we might stage a trademark fight back to draw or even win the match. We did just that and according to the justice of the match, we deservedly shared the spoils.

Moving on and looking forward to the next big one which is on Saturday, I feel that the come-from- behind draw would do United a lot of good for the confidence of the side. At long last, there was a positive sign to suggest that we could retain the title. I might be excessive in my last opinion but that is what I feel. We played very well at the start of the season and have stuttered since the hammering we took at home against Manchester City. We have repeated our good form in some matches but have not been consistent to sustain it for long. We have shown good performances in glimpses but not maintained it throughout the match. We have won by grinding out results and got results even when we don’t play well but that is always a sign of a champion team. Whatever the reasons have been, we have largely not been at our very best yet. Every season there is a turning point and I feel this hard-earned draw against Chelsea could just be it for United. Moreover, this is the period of the time when United traditionally get stronger and grow from strength and strength.

Bring on Liverpool!  The battle would be fascinating, exciting and expected to be fiery. I would hope that the crowd would be at full volume from the start to finish and the players chosen can give the fans lots to cheer about. The 3-2 win of last season seems like a very distant memory now and in our last 4 matches against them, we have won once, drawn once and lost twice. We dominated at Anfield but were beaten heartbreakingly near the end. Hopefully it would even itself out this Saturday and we would get a win. It is the one win that we will savour immensely and Liverpool is certainly the one team that we would love to beat any time, any day, anywhere.

Our injury situation appears to be clearing up with Ashley Young and Wayne Rooney making a return against Chelsea. Nani and Tom Cleverley are expected back soon perhaps as soon as Saturday. We will know more about the injury situation from Sir Alex’s pre-match press conference on Friday. For now, whoever plays I am sure it’s fair to say that we are all pumped up and waiting for Liverpool with bated breath.

Written by Editor
2 comments
Is Patrice Evra’s Time Up?
Move aside Cleverley, Pogba is here!