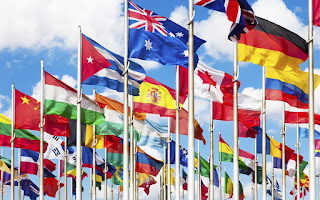 Enter the United dressing room on any match day and you will be greeted by a chorus of accents from all over the world as the room is filled by players from Spain, Argentina, Holland, Ecuador, Belgium, Brazil and of course the Home Countries but clearly the foreigners outnumber the natives and it will only increase.

Since the season ended transfer rumours have flooded social media and newspapers with what seems like every player on the planet having been linked to Manchester United. Players from all over the globe have had their profiles and transfer fees raised by even the most tenuous of links to Old Trafford.

This is not a new experience for the Old Trafford club as they have always been linked with the best talent around, but in the past the record transfer fees were paid out for the best of British talent Robson, Keane, Ferdinand and Rooney to name but a few. Nowadays, the big money in the Premier League is being paid to the likes of Angel Di Maria, Costa, Sanchez, Aguero and Hazard. Foreigners who are paid fortunes to show their class and unquestionable talents. 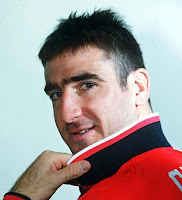 I suppose the start of United’s foray into purchasing talent from abroad really started in the nineties with the likes of Schmeichel, Kanchelskis, Solskjær and Cantona under Alex Ferguson. The price he paid for their services was minimal, bargains to say the least. What would the value of those players be in today’s over priced market.

The early nineties saw Uefa enforcing the three foreigner rule on teams which meant all European clubs had to field a minimum of eight players from their own country in European competitions.

This new law inexplicably included players who even though were British and had been through United’s youth system were also adjudged to be foreign. One player who suffered the most at the time was Welshman Mark Hughes.

United’s chances of European glory were greatly hampered from that rule, especially in the 1993/94 and 1994/95 seasons when Fergie was unable to field his strongest side. If the ’94 double winning side hadn’t been restricted who knows how far they would have gone in the European Cup.

After the abolishment of the law Alex Ferguson commented “It’s come two years late for us,” he said, “because we’d have had a chance of winning the European Cup in 1994 otherwise.” 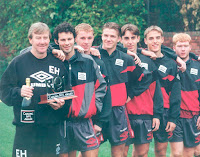 The only benefit from that ridiculous rule was that United, under Fergie’s guidance, put a stronger emphasis on finding English youth, which famously gave us the likes of Scholes, Butt, the Neville brothers and Beckham, who along with Giggs, Bruce, Keane, Irwin, Pallister and Cole would all go on to form the British spine of the team in the greatest decade of glory the club enjoyed.

Just as important to the club during that period were, of course, the plethora of foreign talented players, including the aforementioned Schmeichel, Cantona and Kanchelskis along with Solskjær, Johnsen, Stam and Yorke.

In the new millennium what a joy it was to go to Old Trafford and watch players like van Nistelrooy, Vidic, Evra, van der Sar, Park and a certain young Ronaldo strut their stuff on the pitch alongside British players such as Ferdinand, Neville, Keane, Sheringham and the ever present Giggs.

The only major disappointment was the record signing Argentine Juan Veron, who endured a torrid time in Manchester, he had the quality, but seemed overawed by Old Trafford and the price tag of £28.1m that came with his move. 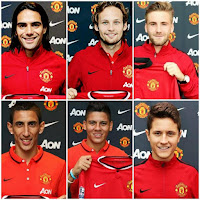 Over time the scales have slowly been tipped in favour of the foreigners. Take last summer when only one of the six new players Louis van Gaal bought was English, Luke Shaw. To his credit Louis van Gaal did give chances to British players during his debut season but this was due mainly out of necessity. However, how many of those players will have another chance in the coming season if the transfer gossip is to be believed.

Van Gaal obviously values British players and even made Rooney captain when most people thought he would choose his compatriot Robin van Persie.

Of course the ability to attract the best players in the world has only been made possible with the amount of money that has been thrown at Premier League sides in the last couple of decades by the sharing of TV rights at home and in Europe, along with lucrative sponsorship deals and foreign owners ploughing millions into the clubs.

There are many pro’s to all the foreigners plying their trade on our shores the most obvious being the level of talent that fans can watch week in week out is tremendous. The quality is clearly there for all to see and some players are worth the price of a ticket on their own.

The influx of players from around the world has made the Premier League the most watched league globally and of course it widens a club’s worldwide fan base to the player’s home country, which is particularly true in Asia. The sale of merchandise abroad produces more revenue for a club than Matchday ticket sales.

The scouting net is forever expanding and in recent years it has included African and Arab nations along with South America and Asia. No corner of the globe is untouched in the search for the next big talent and United benefitted from this system with youngsters such as Januzaj, Pereira and Milinkovic.

As with everything, there are also con’s and my main gripe is the lack of loyalty shown to the club. The kissing of badges after a wonder goal means nothing when your agent tells you that he can get you an extra couple of zero’s on your salary.

Gone are the days of one player one club. We will never see the likes of a Ryan Giggs type situation again, especially from a non-British player. In the near future, there will be fewer testimonial games for players as ten months at the same club will be unheard of let alone ten years.

It has to be remembered that the beautiful game is now controlled by agents. A situation that Sir Alex Ferguson always warned us against. I for one do not blame the players for wanting the best deal they can get to secure their future, but there has to be a more stringent set of guidelines to players’ contracts and less power to their agents along with more restrictions on other clubs from approaching players still under contract.

I suppose the biggest negative is the lack of youth players coming through from home as they have less chance to make it at the bigger clubs. This therefore has a knock-on effect with the National teams or maybe it’s as simple as the young talent abroad is much better than ours. Add to that the fact that when there is a quality British player who becomes available his price is astronomical think of Bale, Sterling and Kane.

At the end of the day, every fan wants to see the best players sign for their side and the excitement that is generated when your club is linked to a certain player, especially a world class talent is exactly what makes the transfer windows interesting to say the least.

Many people become bored of the constant speculation, but it does provide very interesting, sometimes heated discussions on the internet which is in contrast to the past when literally any transfer news did come via a friend of a friend.

In the end, it looks like Ryan Giggs will have to brush up on his language skills as the situation doesn’t look like changing anytime soon. 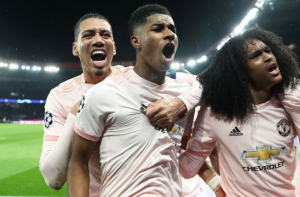 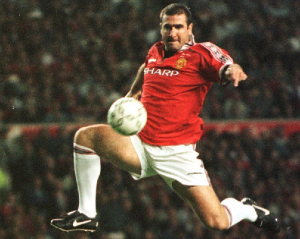 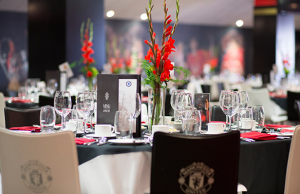