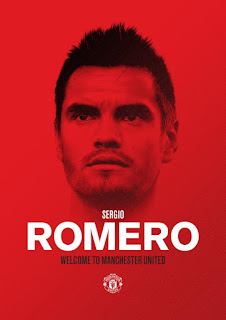 Louis van Gaal has gone back to his managerial past by signing Argentine goalkeeper Sergio Romero on an initial three year deal.

The two worked together while van Gaal was the coach at AZ in Holland back in 2007 and the question will be whether he has joined United as backup for David De Gea or even a replacement for the Spaniard should he depart for Real Madrid as is expected.

Whatever the scenario, in Romero United have signed themselves a keeper who at the age of 28 has the all important club and international experience which will prove to be vital in the upcoming season with the return of European football to Old Trafford. 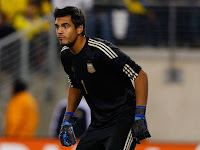 Romero is, however, best known for his international career than his club football, having been the No.1 choice for Argentina since Diego Maradona gave him his break back in 2009 and since then Romero has represented his country 62 times which includes two World Cups and two Copa Americas.

In the 2014 World Cup semi-final in Brazil, Romero was awarded man of the match after his heroics in goal derailed Louis van Gaal’s dream of lifting the trophy as Argentina beat Holland on penalties. That match probably stuck in Louis van Gaal’s mind when considering the purchase of Romero. 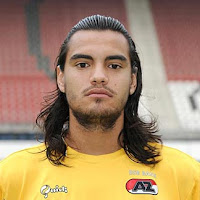 Sergio’s less publicised club career started in 2006 where he spent a season at Racing Club in his home country before moving to Europe to join van Gaal at AZ in Holland where he stayed for four years making over 90 appearances.

He helped AZ win the Dutch Eredivisie title In 2008–09 and in that season, Romero kept a clean sheet for an incredible 950 minutes which extended from November through to February.

He remained at AZ for a further two years after van Gaal had departed, however in 2011 he joined Italian club Sampdoria. He started as first choice keeper at the start of his Sampdoria spell going on to make over 70 appearances, but towards the end of his time there he was loaned out to French outfit Monaco to provide cover for Subasic. 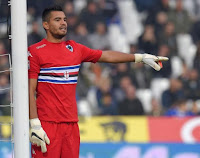 After a short time and lack of games, he only played 3 times, he returned to Italy as an understudy for regular keeper Viviano.

At 6’3″ (1.92m) Romero is an imposing figure between the sticks and is equally as good in the air as he is at shot stopping. A confident keeper who needs club game time, so it will be interesting to see how he settles into life on the bench if De Gea stays at United and basically becomes a replacement for the departing Valdes.

On the other hand, if De Gea does decide to leave for warmer climates Romero will have a huge chance to show his worth as United’s forefront keeper a challenge he better be ready for as the season is almost upon us.

Written by Editor
Is Januzaj Louis van Gaal’s Pick for the 10 Position?
George Best: The Boy from Belfast.