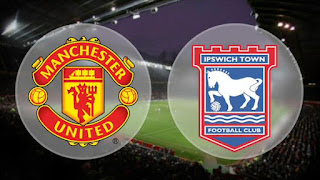 Andreas Pereira was the star attraction at the Theatre of Dreams as United eventually overcame a plucky Ipswich Town to advance to the next round of the League Cup.

Over the years, United has traditionally used the League Cup as a springboard for their young talent,  a platform on which to gain valuable big game experience. The likes of Beckham, Scholes and Neville all benefitted from playing in the competition at the start of their illustrious careers as has been true for many youngsters seeking to break into the first team.

This time round it was the chance of the young Brazilian Pereira to showcase his talents on the big stage and he certainly rose to the occasion with a display fitting of his heritage.

Since the rise and domination of the Premier League the status of the League Cup has diminished and is seen merely as an inconvenience and an early exit is not deemed disastrous as there are bigger challenges over the season. Having said that to lose to a team from the lower leagues is an embarrassment for the big clubs, just ask the United players who were humiliated last season by MK Dons 4-0, but that is not possible as nine of the players who started that match have all left Old Trafford.

United started this season’s League Cup campaign against Ipswich Town at Old Trafford. Championship side Ipswich last played United in 2002 in the league, however, the result that sticks in people’s minds is the 9-0 thrashing that United handed out to the Tractor Boys back in 1995 with Andy Cole famously netting five goals. 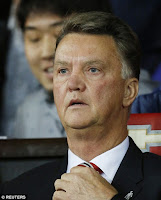 So, how would van Gaal approach the match, would he mix the side with experience and youth, or field a strong first team as a statement of intent? The answer was in his starting XI: De Gea, Valencia, Smalling, Blind, Young, Schweinsteiger, Herrera, Mata, Fellaini, Pereira and Rooney.

On paper a strong looking team with a first competitive start for Andreas Pereira and a chance for him to show off his talent in front of the Old Trafford faithful. Young and Valencia slotted in as full-backs and Rooney would spearhead the attack supported by Fellaini, Pereira and Mata.

Subs: Romero, Darmian, Jones, Carrick, Schneiderlin, Memphis and Martial. Phil Jones returned to the squad after his thrombosis problem, but not fit enough to start the match.

United and especially Pereira started the match brightly and almost took the lead through the youngster on a couple of occasions.

During the opening twenty minutes United looked comfortable in possession and that paid off in the 23rd minute when Blind played a delightful ball over the top for Rooney to latch onto and he made the rest look easy as he shrugged off a defender and instinctively scored his first domestic goal of the season with a left-footed strike to put his team 1-0 ahead. That was Rooney doing what he does best in the position where he is the most dangerous.

United enjoyed so much of the ball it was a surprise that they had only managed to score the one goal in the first half of the match if it hadn’t been for some erratic crossing and dithering on the ball it would have been a higher shoreline, same old story so far this season.

Ipswich showed that the home side would not be having it all their own way and had to be on their toes at set pieces as the blues managed a couple of headers towards goal from dead ball situations. Blind and Smalling continued their fine partnership in the center of defence and proved that they have gelled well this season.

A first half that was bossed by United but one they would have preferred to have gone in at half-time having more to show for their efforts as not for the first time this season their buildup in attacks looked nice, but lacked that final thrust proven by the fact that they won no corners in the first 45 minutes.

It was the away side that started the second half on the front foot and United had to use all their experience to defend against the threats from both wings as Ipswich peppered the home box with cross after cross. Interestingly, with all the forward momentum enjoyed by the visitors they didn’t muster one shot on goal.

Because of the visitors pressure United struggled to get into any rhythm as they failed to keep hold of the ball and knew they were certainly in a cup tie as the visitors had no intention of rolling over in submission.

It took the reds ten minutes to mount their first meaningful foray forward and it was the lively Pereira on the left who started a move that ended up with a shot from Valencia that was well saved by the keeper.

From the next attack, United won a free kick through Mata on the hour mark, which was right on the edge of the area. Mata and Pereira both hovered over the ball, but it was the Brazilian who ended up taking it and scoring with a delightfully executed curled shot which the keeper didn’t even move for.

A superb effort from the youngster who had the confidence to step up and show his ability in front of the Stretford End, no mean task seeing as United have been woeful with free-kicks so far this season.

The Ipswich keeper, Bialkowski, made some amends for the second goal with a smart stop from a Mata drive from the edge of the box. The match was effectively over as a tie so van Gaal used the remainder of the match to both rest key players and also give other players a run-out. He began with a double substitution for the last twenty minutes when Jones and Martial replaced Smalling and Mata.

Martial immediately got in the thick of the action with an effort that followed a one-two with Rooney which the French forward put over the bar. Memphis, then made an appearance for scorer Rooney in the 80th minute which meant that De Gea would see out the final ten minutes as captain.

The excellent Pereira almost added his second in the last moments of the tie, but his effort was saved by the keeper and Memphis was almost played through on goal, but the ball ran away from him.

Then it was the goal machine Martial who wrapped up the game in injury time when he scored his fourth goal in as many games of his United debut season. He burst into the box on the end of a chest down from Memphis, then slotted the ball home confidently across the goal to make it 3-0 to United. The boy showed real composure to add to his tally and continues to excite the fans with his scoring exploits, long may it continue.

United saw out the match in a comfortable fashion and booked their place into the 4th round draw thanks mainly to the man of the match performance from Pereira, a youngster with so much talent in his feet and the confidence he showed on the ball was a joy to watch.

The match won’t go down as a classic and at times United struggled to get going, having said that in the end, it’s the result that counts and van Gaal’s team did their job effectively enough for the Old Trafford faithful to go home contented.

United are blessed with young forwards who all have an abundance of talent with Memphis, Martial and Pereira all possessing the skill and ability to turn a match in a split second and with United busy on four fronts this season there should be plenty of opportunities for all of them to flourish as the season progresses.

After the match, the draw took place for the 4th round and it produced a favourable home tie for United against another Championship team, Middlesbrough.