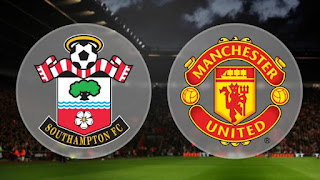 Following a disappointing return in more ways than one in the Champions League group stage, it was back to the Premier League for United and fittingly as these strange quirks of fate have a way of working out it was a match against Luke Shaw’s old team Southampton.

Of course, Shaw would not be present as he starts his long road to recovery after the double leg fracture he sustained in the defeat at the hands of PSV. An injury that made the result secondary as it was the first game and there is plenty of time for the team to get their European adventure back on track.

United’s focus was firmly back on the league following their victory over Liverpool last time out, so it was imperative that they kept up the morale-boosting feeling the win over their arch rivals gave them and three points would put them on the heels of Man City.

With the main absentee being Shaw, the biggest talking point in the build-up to the game was who would take over the left-back position. The two main candidates are Rojo and Blind and it would make sense not to disturb the blossoming partnership that has built up between Blind and Smalling in the middle of the back four.

As was witnessed against PSV when Rojo came on for Shaw he immediately slotted in next to Smalling with van Gaal switching Blind to the left-back position. The problem with this is Blinds’ lack of pace and it was proven to be correct when PSV scored the winner, Blind struggled to get back and Rojo’s positioning was rusty to say the least due to zero playing time. The obvious choice would be to play Rojo at left back and leave the center-backs to continue their great form together.

On a positive note, Wayne Rooney had recovered from his injury and was available to start and gave the manager more options in attack.

A strong looking side with Rooney making his expected return to the team and Martial in his first Premier League start after performing well against Liverpool and PSV. There was no place for Schweinsteiger. However, Schneiderlin would start against his old club where he spent many years.

As the match got underway in bright sunshine, it was evident that van Gaal had chosen Rojo to play as left-back and it was the Argentinian’s first start since the Copa America final.

The first real chance fell to the home side, but the shot didn’t even manage to trouble De Gea. This was followed by another Saints opportunity from which they won a corner.

Southampton began to grow in confidence with every attack and it wasn’t a surprise when The Saints took the lead in the 12th minute when a shot from Mane was palmed clear by De Gea only into the path of Pelle who made no mistake putting the Saints into the lead. What was surprising was the shocking lack of marking by the United defence as the original cross was delivered into the penalty area.

A minute after the goal Pelle could have doubled the lead with a shot that luckily for the away side hit the post. A response was needed from United, but it was slow coming as they couldn’t seem to keep the ball long enough when in possession especially in the final third.

During the first half hour, all that United could create were half chances for Memphis and Martial. Rooney failed to impress yet again on his comeback with some poor passes and as has happened so many times this season he loses possession in areas where the opposition can launch an attack.

Then just after half an hour up stepped Martial to equalise for United following great approach play from Mata who charged into the box only to be well challenged by a defender who only managed to direct the ball into Martial’s path. The Frenchman showed fantastic composure to make room for a shot and he netted with confidence. That was more like it and maybe this would spur United to raise the tempo.

This they did and a combination of Mata and Memphis almost managed to scramble the ball past the keeper before Schneiderlin had a goalbound shot deflected away from danger. Better from United and at half-time it was all square at 1-1. United finished the half on top after a less than impressive start.

At the start of the second half van Gaal decided to freshen things up along the back four by replacing Darmian with Valencia at right-back. To be fair Darmian had been a shadow of his usual self.

Then in the 50th minute all hell broke loose in the away end as United took the lead through that man Martial again. Yoshida of Southampton played a woefully under-hit back pass which the French teenager latched onto and headed towards goal at full pace he then tucked the ball away with great aplomb. Martial is a truly wonderful talent who has fitted well into the side and has shown great pace, awareness and skill for a newcomer to the English game. Long may it last.

Southampton pressed for their own equaliser and following a corner David De Gea pulled off a save that must rank up there with the best he or any other keeper has made as he somehow managed to claw away a header that was bound for the net. A truly unbelievable and instinctive save from the Spaniard, watch and weep Real Madrid.

The usual change of players took place as Schweinsteiger replaced Carrick in the midfield.

Hard working Mata put United in total control at 3-1 in the 68th minute after Memphis had cut inside before rifling a shot off the post, but there in the right place to neatly convert the rebound was Juan Mata. The goal came at the end of a long passing spell by United which added up to around 45 passes and was orchestrated by Schweinsteiger.

A tired Marcos Rojo was replaced by youngster Paddy McNair for the final twenty minutes of a match that United were now in total control of.

Goal hero Martial came in for some rough treatment around the edge of Southampton’s penalty area which only goes to show that the defenders were well aware of his immense talent and in a weird way showed him respect by fouling him, something that he will have to get used to around the grounds.

From the resulting direct free-kicks both Mata and Memphis failed to find the target and this is an area where United have got to make them count as both Martial and Memphis have the pace to cause defenders problems and the side will keep on winning fouls in those dangerous areas.

As is usual with United they left the fans hanging on until the end as the defenders allowed an unmarked Pelle to head in a goal in the last five minutes to make it 3-2 and give the home support the voice to try and get their side back level in the five minutes of added time.

It was all backs to the wall for the Red Devils as Southampton tried to peg United back and there was David De Gea again to produce another wonderful save from a long range effort from Wanyama. De Gea showed fabulous athleticism to turn the shot away with his fingertips and once again proved that he has to be regarded as the number 1 not only at United, but in the world.

Once again United produced a match-winning second half after a dire first 45 minutes in which they lacked a cutting edge and had no style, flair and above all no inventiveness. Whatever van Gaal said to the team at half-time had the desired effect as the players approached the second period in a different vein. If only they could produce that style of play from the kick-off.

As regards the man of the match both De Gea and Martial have to be considered, but it was a very close call to give it to the young striker, anyway De Gea’s shelf must be sagging under the weight of all his awards time to let someone else have the limelight.

One issue that needs to be addressed is van Gaal’s use of his captain. Rooney’s talents are wasted when playing deep and it will be interesting to see how the manager deals with this dilemma as it is clearly not working. Moves tend to break down too easily when the team try and play through him when he’s in that position, a Paul Scholes he is not and never will be. Get him back where he can do the most damage or use Herrera in that number 10 spot.

The win pushes United up into second place only two points behind Man City and there is good reason for optimism because if they can collect three points from an average performance just imagine what they can achieve when firing on all cylinders.