No Dutch Courage For United 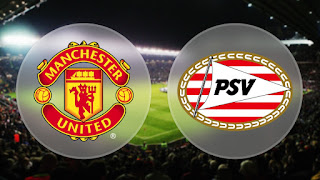 On a night in which the Old Trafford faithful paid tributes to George Best one thing is for certain, the legend would not have enjoyed the display from his beloved Reds as they lacked any attacking prowess and inventiveness in front of goal.

The 3,000 visiting fans from Holland brought banners of sympathy for Luke Shaw, who was lucky enough to have been given time off so as not to witness a game that was so dull most of the fans must have wished they hadn’t bothered turning up as well.

Following a week of injury woes Louis van Gaal at last had the luxury to choose from a fit strike force that included Martial and Rooney after Memphis had filled the main attacking role against Watford to much critical acclaim.

Phil Jones and Ander Herrera were the latest casualties of the weekend, but the manager was able to call upon the majority of his main troops for the last home tie of the group stage: De Gea, Darmian, Smalling, Blind, Rojo, Schweinsteiger, Schneiderlin, Lingard, Memphis, Rooney and Martial.

In came Rooney and Martial as expected in place of the injured Herrera and Mata, who would start the match from the bench. Memphis continued in the side against his old team, Lingard was given the green light to continue in the starting XI after his stellar performances of late and Darmian came back to strengthen the defence.

PSV got the game underway, but it was United who started on the front foot and attacked from the off and earned a corner which Smalling almost made contact with.

The home side’s attack had Martial as the main striker with Rooney in the hole behind and Lingard and Memphis out wide, but it would seem that they all had a licence to interchange positions to try and confuse the defenders.

Schweinsteiger had the first attempt on goal from the edge of the box but the keeper collected the shot easily.

A nice touch from the home crowd after 7 minutes as they held up their phones lighting up the Theatre of Dreams in tribute to the greatest son of United, George Best.

The first ten minutes witnessed a rather cautious start from United as they sensibly bided their time in search of the opener.

Memphis tried his luck from distance but his effort was rather weak and didn’t trouble the opposing keeper.

It was all rather pedestrian on the quarter hour mark with neither side intent on pushing too hard for the breakthrough and no player seemed to want to stamp their authority on the game.

Darmian tried to raise the excitement level with a wonderful ball across the face of the goal which Rooney was a hair’s breath away from connecting with for a certain goal. Then it was the captain’s turn to be the provider as he carved out a chance firstly for Martial and then Lingard to try their luck, but their communication in the box was on a different wavelength but at least United was starting to turn the screw.

In the first half hour, it had been Schneiderlin who had impressed for the Reds as he tried on numerous occasions to start the attacks with some delightful diagonal through balls.

Another cross almost provided the opener this time from the left and the boot of Rojo which was just cleared in time by a defender. From the resulting corner, Schneiderlin almost nudged the ball over the line, however, the keeper was quick to react and saved on the line.

De Gea made his first contribution of the game as he saved, it has to be said rather dramatically, at full stretch from an effort by Hendrix on the half hour.

Martial came the closest when he was fortuitously played in on goal in the box by a Lingard deflected drive and his right footed shot that only needed to be either side of the keeper, ended up straight in the stoppers grateful hands, a great chance to take the lead.

As one minute of extra time was announced Martial once again created a chance with a thunderous shot that the keeper saved yet again.

United ended the half at least trying to go in a goal to the good, and would have if their shooting boots had been on. It ended 0-0 with the Dutch visitors contented to sit back, defend and, therefore, frustrate the Red Devils. With the pace up front surely it would be only a matter of time for United to find the breakthrough in the second half.

Not for the first time at Old Trafford a visiting keeper, this time Jeroen Zoet made a name for himself with a string of saves to deny United.

United kicked off the second half attacking the Stretford End and immediately, as they had at the start of the match, won a corner that was met by Schneiderlin’s head but sailed over the bar. 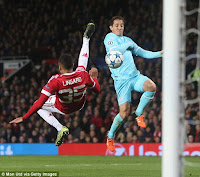 It was all United as first Memphis was thwarted by the busy PSV keeper then Schneiderlin made a decent run into the box but the ball ran out of play.

Not for the first time this season United had to be careful of a counter attack from an away side as most of the action was up at the other end the defenders needed to be alert and on their toes.

After almost an hour gone in the match van Gaal decided to make a double substitution in an attempt to liven up the proceedings by bringing on Fellaini and Young for Schweinsteiger and Memphis. 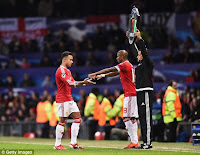 The change of Young for Memphis was understandable as the Dutch youngster had struggled against his former club and Young’s deliveries could be crucial. However, Fellaini for Schweinsteiger was a head scratcher to say the least, unless of course the German had a knock.

The Old Trafford faithful began to make their feelings heard as groans ran out around the stadium as United struggled to get a grip on the game and the visitors started to enjoy their brightest spell of possession.

As the match entered the final twenty minutes United’s passing had completely gone to pot and they began to gift the visitors chances to attack on a plate.

Young did deliver a ball if note into the path of Lingard, who rushed his half volley ten yards out and it ended up well over the bar.

Rooney dropped back into midfield and Fellaini moved up into the attack, which begs the question why Mata wasn’t introduced in place of Schweinsteiger as his ability to open defences is far superior to the lanky Fellainis’, who was now just the focus of long balls to his head in the opposition’s area, waste.

At last Mata was brought into the game for the final five minutes in place of Darmian. This change meant that Young was moved to the right wing back position. However, there wasn’t enough time for the Spaniard to have any impact on the result. Right idea, but twenty minutes too late.

Two observations to be made at this point in the game was that once again Rooney was dropping way too deep and Fellaini was a hindrance by conceding too many free kicks in promising areas.

Another point of note was that Martial was not receiving any service and it has to be said that during the second period he was not involved in any attack as it seemed the only tactic was to aim balls up to Fellaini and hope that his teammates would feed off the scraps.

United’s night was summed up when Lingard was booked for an over aggressive reaction after he had been awarded a free kick. That was the last action of a very disappointing match that ended in a stalemate.

The post-mortem began following the final whistle by all quarters as United blew their chance of qualifying on the night and will now have it all to do away in Wolfsburg in two weeks time. It means that United have to win or at least match PSV’s result against CSKA Moscow. So, their Champions League destiny rests firmly in their own hands.

All that could have been avoided with a victory over PSV, however, due to a number of poor tactical decisions by the manager and players on the pitch it wasn’t to be. One player that can hold their head up high is Morgan Schneiderlin who was by far United’s outstanding player, but even the Frenchman faded as the match progressed.

One thing is clear and that is if United are to qualify in the Champions League then Rooney should not play in midfield as he cannot have an effect on the game from deep as on many occasions the play totally broke down due to his inadequacies in that position. 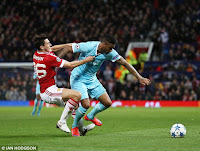 Hopefully, in the final group match in Germany Fellaini won’t be involved as he really is nowhere near the player he was last season as just maybe the opposition have totally sussed out how to play against him. The fact that United spent the final minutes of the game hoping to find his head in the box sums up how hapless the team’s ideas are when he is on the pitch.

On the night, United were crying out for a player akin to the Irish legend to take the game by the scruff of the neck but they clearly do not exist anymore. There will only be one George Best.

Next up sees the Red Devils face a tricky encounter against Leicester City away in a top of the table clash. Now there’s something nobody expected to see when the season started.