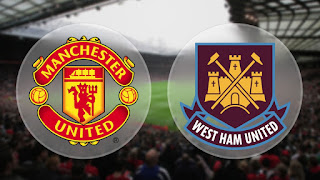 A much needed equaliser from Anthony Martial, following a superb opening goal by Payet, kept Manchester United in the FA Cup after another uninspiring display at Old Trafford.

The return of the FA Cup, which is conceivably the last chance of silverware for the Red Devils, saw the visit of high-flying West Ham United to Old Trafford in a match that would have a strong bearing on how United’s campaign will end.

How would van Gaal and his coaches pick their players up for a tie against a Hammers side that under the guidance of Bilic have performed exceedingly well this season? Especially with their playmaker Payet.

Van Gaal decided to make three changes to the team who lost against Liverpool as Carrick, Lingard and Herrera came in for Schneiderlin, Memphis and the suspended Mata. 17-year-old defender RoShaun Williams became the latest youngster to be given a chance by van Gaal. The locally born lad was placed on the bench.

United got the tie underway amid a buoyant atmosphere attacking the old Scoreboard End and it was Rashford who immediately stretched his legs with a run into the opposition area and earned the first corner of the match which was headed over by Fellaini.

In the build up Martial received a nasty-looking kick to his shin which Reid was quite rightly booked for by referee Atkinson.

Lingard had the next chance in a game that was an open affair, but his effort was wide of the far post.

The visitors came close when Antonio managed to work his way through United’s defence and thankfully pulled his shot just wide of a stranded De Gea.

Ten minutes in and the match was a typical open FA Cup tie with both sides attacking at will. Carroll was the next to have a go with a flying header that whistled over De Gea’s bar.

Martial recovered from the bad challenge in the opening minutes and won a corner after a run down the left-hand side. When delivered it almost had Rashford in on goal.

Jesse Lingard cut in from his position on the right wing but his low effort lacked any real power as it trickled wide. From the same wing, Varela delivered a teasing cross that Rashford met acrobatically but couldn’t get the connection needed.

It was the visitors turn to attack and they came near to the opener as Emenike met an inviting cross from Cresswell and his header looked goal bound until De Gea saved on the line.

Then it was back up the other end as Herrera tried his luck from the edge of the area, but he mishit his strike and it was deflected behind for a corner but the referee didn’t spot it and awarded a goal kick, much to the displeasure of the Spaniard.

As the game approached the half hour mark one thing was clear and that was Martial had the bit between his teeth as he terrorised the defence with his mesmerising runs down the left wing.

The best chance of the half fell to Herrera after fine combination work by Martial and Rojo who played the ball to the Spaniard who was unmarked inside the area, however he seemed to rush his shot and the ball ballooned high and wide.

Rashford had a similar chance to Herrera’s and, this time, it was blocked for a corner. United enjoyed the majority of the possession and chances in the first thirty minutes, but would have to keep an eye on Payet and his teammates on the counter.

Not for the first time in his United career Fellaini picked up a needless caution for a foul on Noble that really didn’t have to be made. United continued to allow the Hammers to bully them into giving away free kicks and this time, it was Rashford’s turn to come back and in trying to help out his defenders only succeeded in putting his teammates in more trouble.

As the half drew to a close West Ham had the last chance when Cresswell delivered a threatening cross from the right, which De Gea did well to cut out before it could cause any damage.

Both teams went in at half-time ruing their missed chances in a half that was as open as it could get. Once again United’s inability to put the ball in the net left the fans frustrated, especially knowing how big a threat the visitors have been all season.

After trying the duo of Carrick and Fellaini to little or no effect, maybe it was time for van Gaal to unleash Schneiderlin and Schweinsteiger on the midfield to try and add that extra bite needed to push the Reds forward.

The visitors started the second half on the attack and almost caught the defence out with a dangerous ball into the box which De Gea was quick to react to as he punched away the ball.

United’s first corner of the half had the players shouting in unison for a penalty for an alleged handball in front of the Stretford End. It would turn out to be the start of the referee waving play on from appeals.

A great passing game move by the home side almost opened the visitors defence until Payet brought down Lingard right on the edge of the area.

From the resulting Herrera free kick Martial almost sneaked in unnoticed at the far post and his header was blocked by a defender’s hand. For the second time the referee saw no intention made. This upturn in action had the home fans raising the volume within the Theatre of Dreams.

In the next attack, the ball was worked along the edge of West Ham’s penalty area where eventually Herrera blasted the ball goalwards only for his effort to be blocked by Reid’s hand. That’s was the third clear-cut handball inside the visitors’ box, all of which were ignored by Martin Atkinson.

At least, Atkinson balanced the books by not awarding Payet a penalty when he deliberately dived in the area. If the ref believed that Payet dived then he should have been cautioned and sent off as he had been booked for an earlier foul on Lingard.

Right on cue in the 68th minute, Payet stepped up to deliver a superb free-kick which flew into the top corner past a despairing De Gea to give the visitors a 1-0 lead and sink United into more despair.

Twenty minutes left on the clock and van Gaal still hadn’t made a change when quite clearly the players on the pitch were not providing the goods needed to turn the tie around. Even Carrick added to the woes with a late lunge on Lanzini that deserved the yellow it received.

Then with fifteen minutes to go van Gaal finally decided to freshen things up with double substitution when Fellaini and Rashford made way for Schweinsteiger and Memphis. There was a round of applause as Fellaini departed. However, it was more for the fact he had been substituted than for his performance.

In the frantic few minutes that followed the change Herrera had another shot blocked and Schweinsteiger blasted wildly wide. Time was quickly running out for United as they stared defeat down the barrel as they looked incapable of scoring an equaliser let alone a winner.

Then up stepped Martial to creep in at the far post to tap home a superb cross from Herrera to make it 1-1. Game on and could United find the winner in the final seven minutes? The crowd thought so judging by the noise levels as they urged the players to attack.

Carrick had a shot which squirmed just wide of the post. This was followed by the last change by van Gaal as he withdrew Varela for Darmian.

A shot from distance by Antonio in added time almost caught out De Gea but thankfully he reacted quickly and saved low to his right.

That was the last piece of action of the match as United hung on in the cup by the thinnest thread after falling behind to West Ham and unconvincingly clawing their way back into the tie to earn a second chance in the replay in the capital. A draw was probably the fairest result after a less than convincing display be referee Atkinson.

For United the outstanding players were Herrera, Martial and De Gea who all kept their side in the cup when other players struggled to get a grip on the game. When Schweinsteiger entered the fray United looked a different side and one can only hope that he starts in the upcoming matches.

Next up is the second leg of the Europa League tie against Liverpool at Old Trafford and the concern has to be where are the goals going to come from without conceeding at the other end. The man that has all the answers is Louis van Gaal, who has his work cut out over the next few days if he wants to save his and Man United’s season.