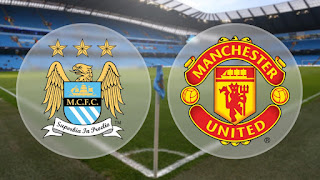 Manchester United shrugged off fatigue to defeat local rivals City in their own backyard with teen sensation Rashford scoring the vital goal on his derby debut.

After a week that saw United labour to earn a replay in the FA Cup and knocked out of the Europa League it was a return to the Premier League and the short journey across the city to take on local rivals City for the 171st time.

Since the start of the Premier League United holds the upper hand against their noisy neighbours as they have won 19 of the 37 matches played, but in the last five years, the balance has been redressed by the Arab-funded blues.

This was be the last derby match with Pelligrini in charge of City and just maybe van Gaal at United, because a loss today would have been a disaster for the Red Devils who have struggled as the season nears its end.

A top four finish and automatic entry into the Champions League is the target for both clubs. With only a handful of matches left it’s getting to the point where any number of sides could sneak one of the valuable places needed.

Van Gaal had received criticism over his team selection and subsequent substitutions against Liverpool and he decided to make two changes. One was to elbow Fellaini to the bench and start with Schneiderlin. The other was to replace Varela at right back with Darmian. The Fellaini change was met with support by many United fans after his less than impressive displays of late.

Both teams started the match in a wholehearted fashion with neither side wanting to give an inch. Smalling epitomised that when he was booked for tugging back an advancing Aguero. Blind and Aguero would then have a running battle for the remainder of the half.

De Gea made the first save of the game after an attempt by Navas as he blocked the shot with his legs.

On the quarter hour came a big moment for a young man when Marcus Rashford was played through by Mata and the striker showed the calmness of a veteran as he strode through and slid the ball past a despairing Hart. A brilliant finish from a confident player in his first taste of a Manchester derby. The way he destroyed defender Demichelis with one touch was a joy to watch.

A Great start for the visitors and one that had the away fans up the volume. Martial had a chance to double the lead within a few minutes of the goal not once, but twice with Hart saving one and the other was off target.

With half an hour gone, it has to be said that this had been a confident display by United with City labouring and not allowed to get into any rhythm. The forward line of United looked a threat every time they attacked the makeshift centre-backs.

This was proven on the stroke of half-time when scorer Rashford showed a quick turn of pace and burst into the area only to be upended by Demichelis for a blatant penalty which referee Michael Oliver incredibly waved away.

Then not one but two City players shoved Rashford around and the youngster stood his ground. No action was taken by the ref but it made for a lively end to the half. You can’t fault the passion shown by the players and Rashford has it in bucket loads.

Half-time and United led through a wonderful goal by Rashford. The whole team deserved to go in at the break ahead with every player in red having shown the effort and guile to stay ahead. Not often that has been said this season.

City didn’t really trouble De Gea and his back four and apart from the Navas effort no save had to be made. Special mention for Lingard, who played extremely well in the number 10 position.

The second half got underway with no changes having been made by van Gaal. From the off Martial almost benefited from a poor back pass that had Hart in all sorts of trouble as he managed to clear but was injured for his effort and was stretchered off.

As the hour mark approached the Reds still looked comfortable as they went in search of the vital second goal with substitute keeper Caballero twice coming to his side’s rescue with stops from first Martial then Rashford. This was followed by a low drive from Rojo which again the keeper pushed away.

Van Gaal’s first change of the day came when he replaced birthday boy Rojo with Valencia for the final half-hour as City started to gain momentum against a tired looking United defence.

The change meant that Darmian switched over to the left back position. A change that City immediately took advantage of with Aquero sneaking in at the near post to fire a header against the post following a cross after Darmian was well beaten. A clear warning for United to be more careful at the back.

Seeing the need for more strength and fresh legs van Gaal made his second substitution for the crucial last twenty minutes when he brought on Schweinsteiger for Mata.

The changes made in United’s defence caused confusion every time City attacked and it was that man Aguero again who this time found himself unmarked at the far post but only managed to head the ball back across the goal.

The match against Liverpool and the effort put in by United in the first half took its toll in the last minutes of the match, especially with Darmian, who had to be replaced after he had gone down with cramp a couple of times. Fosu-Mensah was given another chance to show his worth at the back.

Six minutes of added time made the end more nervous for the away side as City had a flurry of chances to grab the equaliser. But with players like Lingard helping out the defence United stood firm to end the match with all the three points and equally important local bragging rights.

United thoroughly deserved the victory after they had held on after a high tempo first 45 minutes that of course was difficult to keep up for the full ninety minutes. However, they did hold on and came away from the Etihad with the valuable three points in the chase for a top four finish.

It was difficult to pinpoint one player for the man of the match as all the team had put the effort in. You had Martial and scorer Rashford’s pace up front combined with Lingard playing behind the strikers.

Schneiderlin held well in midfield and Smalling at the back was a rock once again. But just because he scored a goal of pure class on his derby debut Rashford came out on top.