United’s Dismal Defeat at the Emirates 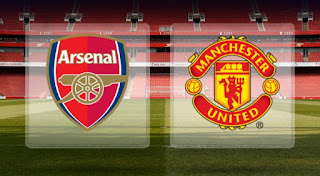 The Philosopher took on the Professor at the Emirates Stadium as Louis van Gaal and his side looked to get back to the top of the league in the capital while hoping to pile more pressure on Arsene Wenger.

After kick-starting their Champions League group campaign off with a victory over Wolfsburg this week United travelled to London full of confidence add to that the Gunners poor start to the season and hopes were high that the Red Devils would return to Manchester with all three points.

The biggest dilemma for van Gaal was who should fill the left back position in the absence of Luke Shaw. In the last two matches right back Darmian has played admirably on the left, but Valencia on the right has been a problem as was seen last Wednesday when he played the Wolfsburg attackers onside for their opening goal. Jones and McNair are able to cover on both flanks along with the versatile Ashley Young.

With the announcement of the starting XI by the manager it was clear that Young was preferred to Valencia and would start as the left back and in midfield the returning Carrick would add the valuable experience alongside Schweinsteiger with Schneiderlin on the bench but likely to replace one of the midfield duo at some stage.

Martial was once again chosen to lead United’s attack and would be looking to prove his talent against another so called big team after a more than impressive start to his United career, having been directly involved in four goals in his first three Premier League games, netting three and assisting with one.

Wearing their changed strip of all black United started on the back foot as the sides spent the opening few minutes entrenched in the visitors penalty area and the pressure from the Gunners paid off when first Sanchez opened the scoring with a neat near-post flick that was followed by a strike from Ozil to put the hosts 2-0 up in the opening six minutes.

Any game plan that United had disappeared straight out of the window and the match became a real test of the team’s character to see if they had it in them to come back from the disastrous start.

Over the next ten minutes, United did attempt to try and conjure up something, but the end result was a massive let down with the final ball failing to amount to anything near a chance.

Then it was that man Sanchez again, who added the third with a blistering strike into the top corner from the edge of the box. The game was quickly becoming an embarrassment for the Red Devils, who had to be very careful that they were not going to be on the end of a rout.

To make things worse, that was the first time that Arsenal had scored three goals against United in the league since 2001.

Sanchez’s speed and ability was causing Darmian all sorts of problems on the wing and the Italian went into the referee’s book for a cynical foul on the Chilean after he was beaten for pace and pulled the forward back.

At least United had an effort at the end of the half as Martial span on a penny and got a shot away which keeper Cech managed to block and that was the only chance of note that United created all half.

Collectively in the first half United were poor as they struggled to get any type of foothold in the match and at times looked like a team of strangers playing together for the first time and if it hadn’t been for some wasteful shooting Arsenal could have gone in at half-time five goals to the good.

To be a fly on the wall in the visitors dressing room would have been priceless as van Gaal must have ripped into his side as no-one could have held their head up as a United player after the most dire 45 minutes by any United team in years. Rooney had to shoulder most of the blame because as captain he should be the one on the field to lead by example but, unfortunately, his performance was one of the worst and not for the first time this season.

The second half couldn’t get any worse, could it?

At the start of the second half van Gaal decided to make a double substitution by replacing Memphis and Darmian with Valencia and Fellaini.

Fellaini took up the position that Rooney had been playing in the first period and he himself started on the left wing and as the game went on he moved inside to a more central attacking position. Valencia was a straight swap in the right back position.

Just after the hour mark Rooney had his first effort on goal which was saved at full stretch by Cech and if not for a heavy first touch in the penalty area by Schweinsteiger he could have grabbed a goal back but the ball was smothered by the keeper.

As the game entered the final twenty minutes at least United tried to get something from the game and through some neat passing the ball ended up at the feet of Mata who tried to curl the ball into the top corner but pulled the chance just wide. Even the mercurial Mata was having one of those days to forget.

The final change came in the final ten minutes as Mata made way for James Wilson, who would partner Martial in attack in the hope of salvaging some crumb of respect from the defeat.

In added time, United’s performance was summed up when Rooney gave away the ball in a dangerous area and Oxlade-Chamberlain saw his effort rebound off the crossbar. Maybe a fourth would have been too harsh on United after their second half display.

Overall the match was lost in the opening quarter of an hour in which the lack of concentration by United will be a worry to the manager as it is not the first time this season that the team have struggled to get going during the first half and even though they enjoyed more of the possession in the second half this was only because Arsenal had all but done the job. If there was one player who stood out in the tepid display, then it would have to be Anthony Martial who on numerous occasions at least tried to make the breakthrough in attack.

Normally, it is said that one bad result doesn’t reflect on the season however, after what the fans witnessed at the Emirates it is a concern as the side lacked any type of cohesion and usually they can get away with one or two players underperforming but as a team it becomes more difficult. To rub salt into the wounds, the Gunners leapfrogged United into second place with a superior goal difference.

There is the now the upcoming inconvenience of the international break so van Gaal has to wait a week before he can address the problems emanating from the Emirates performance before some tough challenges ahead, including Everton and Man City in the league plus back to back matches against CSKA Moscow.

On this occasion, it was the Professor who came out on top and gave the Philosopher a lot to ponder.