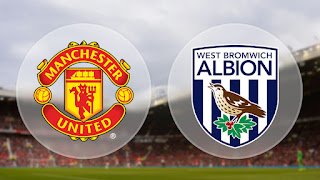 After breaking their goal drought in midweek, it was a return to the bread and butter of the Premier League for United and the visit of WBA to Old Trafford.

Could the Red Devils build on their win against CSKA Moscow and start to mount a serious challenge in the league? The 4-4-2 system against the Russians gave the fans what they wanted which was a more attack-minded side with Rooney and Martial utilised in tandem up front.

When Louis van Gaal announced his starting XI it became clear that he had embraced the style of play that best suited United by continuing with the same side and system that worked so effectively on Tuesday evening. The starting XI was made up of: De Gea, Young, Smalling, Blind, Rojo, Schweinsteiger, Carrick, Mata, Lingard, Martial and Rooney.

Included in the squad was 18-year-old left back Cameron Borthwick-Jackson, who had been drafted in as cover for the injured Shaw, Valencia and McNair and also due to the suspension of Darmian. Another example of the youth being given a chance following Axel Tuanzebe’s inclusion last week against Palace. There could be a new chant around Old Trafford of ‘Louis’ Lads’ if this continues. 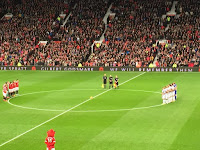 Fellaini missed out completely after picking up an injury in training, but Schneirderlin made a welcome return to the bench following a short illness. Former United players Jonny Evans and Darren Fletcher started the match for the Baggies.

United got the game underway in the autumn sunshine that bathed the Theatre of Dreams following a well observed minute silence for remembrance weekend.

It was a usual start by the home side as they enjoyed the majority of the possession but with nothing to show for it. West Brom had clearly come with a gameplan  to defend and hope for a chance on the break so United had to be careful of not becoming complacent at the back.

The first real chance fell to Mata on the quarter hour mark after Rooney had opted to play in the Spaniard rather than take a shot himself. Mata tried to bend his effort into the far corner from inside the area, however, the ball sailed just wide.

The United attacking formation took shape after the first twenty minutes with Lingard out on the left and Rooney, Martial and Mata roaming around the front line with all three popping up here and there as they tried to find a way through the away defence.

As the Baggies had only come to defend Carrick and Schweinsteiger found themselves in the thick of the attacking play in and around the penalty area and had a couple of opportunities where they maybe should have had an effort to test Myhill in the visitors goal.

Half an hour played and although they had enjoyed more than 80% of the ball the Red Devils still hadn’t troubled West Brom. 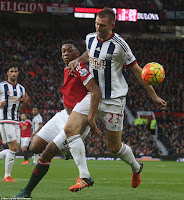 Ashley Young was having a nightmare at the Theatre of Dreams as not once but twice he gave the ball away first with a long pass to, it has to be said, no one, then dribbling past himself to concede a throw in and the picture on van Gaal’s face was priceless. But what would Roy Keane make of it?

Five minutes before the break Lingard was put through on goal but was thwarted by a brilliant challenge from Jonny Evans. The speed of Lingard is something that United need to make more use of as he really is a player who possesses lightning pace.

Just before the break Martial almost created a chance for himself as he showed excellent ball control inside the area to turn and unleash a shot that was well saved by Myhill. Best play by a United player so far and it deserved a goal, reminiscent of Mark Hughes in his prime.

Half time and not for the first time this season it was all square at 0-0 after United had found it difficult to find a way through to goal against a side clearly under instructions to defend at all costs and play for time.

An example of this was when the visitors had won a corner and the length of time it took the player to walk over to take it was pure gamesmanship and the referee did nothing about it, time wasting at its most ridiculous.

West Bromwich Albion is not the first and certainly won’t be the last to use such negative tactics at Old Trafford, but it is up to United to learn how to overcome such play and brush these teams aside.

The second half saw no changes made by van Gaal as the home side looked to break down a resolute Baggies defence as they attacked the Stretford End.

At least West Brom did venture forward in the opening minutes of the second half, but without troubling birthday boy David de Gea.

Not only were the players flat so were the fans who had had nothing to shout about until Jesse Lingard changed all that when he produced a moment of pure excellence in the 52nd minute as he collected the ball from a headed clearance outside the box and showed exceptional composure to curl the ball past the diving keeper and into the bottom corner to score his first goal for the club. Brilliant and just what the game needed.

The first change of the match followed the goal and saw a straight swap as Phil Jones replaced Ashley Young.

Since the goal, the visitors realised what football was all about and tried their utmost to mount some kind of attack, but Smalling and company were in complete control at the back as usual.

Rooney’s attempt at a long-range pass from a position he shouldn’t have been in was the springboard for the visitors best chance of the match as they countered attacked and following the cross an unmarked Berahino headed over from close range. A big let off for the home side, and Rooney.

Then a very special moment for a young player as Cameron Borthwick-Jackson made his debut when he came on in place of Rojo in the 76th minute.

United came close mainly through the running of Martial and Lingard, but Rooney didn’t help his cause with some poor passes and van Gaal decided to replace the captain with Herrera for the final ten minutes of the match.

A smart header from Martial played in Mata for a chance that he blasted high, wide and not so handsome over the bar.

Once again a former player had the game of his life upon returning to Old Trafford this time it was the turn of Jonny Evans, who managed to block almost everything United threw at his defence. If only he had shown the same commitment on a consistent basis while at United maybe he wouldn’t have been let go.

With the match in its final throes French starlet, Martial, went on one last lung-busting run all the way into the penalty area only to be upended by McCauley, who not only conceded the penalty but also gave referee Mike Dean no option but to send him off.

The resulting spot kick was blasted down the middle by Juan Mata to give United a more respectable winning margin of 2-0.

Overall the three points along with another clean sheet are what matters and the play from the team fully warranted the win over a West Brom team who until United took the lead offered nothing in the way of an attacking threat.

There were numerous performances that merited a special mention including Schweinsteiger for his control of the midfield, Smalling for his marshalling of the defence, Mata and Martial for their non-stop running on and off the ball.

However, it has to be Lingard, who deserves the man of the match award again as nothing seemed to phase him and his pace was a problem for the opposition defenders all day. The way he finished his goal was probably worth the accolade on its own and the joy etched on his face said it all after he scored his wonderful opening goal for the club and what a way to do it right in front of the adoring Stretford End.

An important morale-boosting win before the players depart for international duty is just what the manager would have hoped for and all fingers will be crossed that not only will the players return injury free but that United can keep up this form into the busy winter period.