Moment Of Magic From Mata 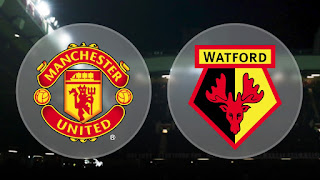 It was a night in which United gained valuable ground in their chase for a top-four place as all around them lost their heads magical Mata kept his to ensure his side kept their winning run going.

After successfully coming through a week that included three wins and a remarkable couple of debut games for youngster Marcus Rashford it was the turn of Watford to visit Old Trafford in a Premier League match that United needed to win to mount a fresh challenge for an important top four finish and keep the confidence boosting run of wins going.

There was welcome news on the injury front with the return of to the squad of Martial and Darmian, but who would van Gaal drop to accommodate their return after the youngsters had more than done their part for the team the answer was in his starting XI: De Gea, Varela, Blind, Fosu-Mensah, Rojo, Schneiderlin. Mata, Herrera, Martial, Memphis and Rashford.

On paper, the side he chose looked exciting, to say the least with Martial taking over from Lingard to give the attack a potent looking feel alongside Rashford who has been scoring for fun this week. Mata had the honor of captioning United in the absence of Carrick, Rooney and Smalling.

In defence, Fosu-Mensah made his first start at centre-back in place of Carrick with Rojo at left back feeling no ill effects from his early withdrawal against Arsenal. On the bench, Joe Rothwell, the Manchester-born midfielder, was the latest reserve team player to be given his chance to shine.

It was the away side who started the match on the front foot attacking the Stretford End as they won an early corner which United defended well. Over the next ten minutes, United found it hard to get into any attacking rhythm and Watford took advantage of that with some forays into the home penalty area. Deeney caught Rojo with a boot to the head as the ball came in from a free-kick.

United struggled early doors to put a run of passes together as Watford hunted them down well to prevent the home side building any momentum.

Fifteen minutes in and Memphis blew off the cobwebs as he went on one of his trademark runs down the left which ended with a shot that was so wide of the mark it went out for a throw-in. At least, the winger can blame the swirling windy conditions.

Blind almost dropped a huge clanger by gifting Ighalo a chance on goal with a terrible pass which the forward thankfully hit weakly into the hands of a grateful De Gea to save the blushes of Blind.

United moved up a gear and won a free-kick in a dangerous area that Mata floated over. As the ball was cleared to the edge of the penalty area Schneiderlin was lurking and met the ball on the volley and it dipped narrowly wide of the post.

Debut defender Fosu-Mensah had a mixed start at the back with some great blocking combined with some rash challenges and received a caution for one of those challenges on the edge of the box.

After thirty minutes it had to be said that Watford had come the closest to opening the scoring and if it wasn’t for nervy finishing they would have been ahead. United would have to tread carefully at the back.

The atmosphere inside the stadium was a little subdued, like United’s play, and the away fans were questioning whether or not Old Trafford was, in fact, a library. Let’s hope United would make them eat their words and give the crowd something to shout about.

Martial had a half-chance on goal as he met an incoming free kick which he hit straight at keeper Gomes. Memphis was having trouble with his final delivery as most of them were over hit. Mata, captaining the side, was trying to lead from the front and got in some challenges to attempt to get his players going.

Another scare for United came as Ighalo found himself clean through on goal for the second time, but instead of squaring the ball to an unmarked Deeney he chose to take the shot on himself. De Gea stood up strong and blocked his effort. How Watford was not ahead is anyone’s guess.

Just before half-time, Herrera had a cross come shot that wasn’t a million miles away from curling into the top corner.

There was another poor back pass by Blind that Ighalo latched onto. However, there was De Gea to the rescue again for the Red Devils who were certainly living dangerously at the back.

On the stroke of half-time, United won a corner which was inexplicably played thirty yards backwards and then the possession was lost.

Half-time and United had David De Gea to thank once again for going in on level terms as Watford had the majority of the chances on goal especially Ighalo who had wasted three clear cut chances.

The home side looked markedly downbeat and a little battle weary and didn’t help themselves with some poor defending. A boost would be needed in the second half if they are to maintain their winning streak. Rashford and Martial had not really seen enough of the ball to make any impact on the game and Memphis would need to stay on his feet and become more of a threat down the left wing.

Watford started the second half as they had ended the first as they were gifted possession and it was that man Ighalo who failed to convert the chance handed to him on a plate. Capoue had a long range effort that only just fizzed over De Gea’s crossbar.

Rashford came to United’s rescue when he cleared a Watford corner from right on the goal line. You would have thought at this stage that Watford were the home team as United still struggled to get a decent foothold in the game.

Ighalo almost gave the visitors the lead after he twisted and turned Fosu-Mensah inside the area and curled an effort wide of the far post.

As the hour mark approached it was still Watford who looked the biggest threat on the attack, then golden boy Rashford went on a strong run into the area and won a corner for his effort. Could that be the spur to action that United needed to produce the goods?

United did indeed burst into life as Mata let fly with a screamer that Gomes managed to save and from the rebound the home side won a free-kick right on the edge of the box. Memphis struck a disappointing shot into the wall.

Time for United to turn the screw as they enjoyed their best spell in the game as Mata tried his luck from distance again but his effort was blocked. Then after sterling work from Rashford down the right, the captain almost broke the deadlock with a left-footed bender that curled wide.

When Rashford is in full flight the speed he has is frightening for a big forward and United began to reap the benefits once he had moved to the right and Martial switched to the centre.

Van Gaal made his first change of the match when he replaced Rojo with Darmian for the last twenty minutes.

The following five minutes saw the game get bogged down in the midfield as both sides looked to gain the advantage in the match.

The second change for United saw Lingard make an appearance in place of Herrera. Watford then proceeded to miss two clear cut opportunities the last one was a header at the far post by Prodl under pressure from Blind who was lucky to escape giving away a penalty.

A moment of magic from Mata eventually broke the deadlock and Watford’s hearts in the 83rd minute with a delightful free kick dispatched up and over the wall into the top corner. The set piece for United came after Martial had been upended thirty yards out. That was exactly the inspiration that United needed.

It was Mata’s final contribution as captain as he was replaced by McNair to a well-deserved standing ovation. Now all the home side had to do was hold out for the four minutes of added time.

Hold out they did and at the full-time whistle it was an important win and three points for United if not a great display it was the win that was crucial as Arsenal, Spurs and Man City all lost which meant that United moved to level points with City and put themselves back in the mix for a valuable top-four placing.

Even though Mata was the match winner it was the solid performance of midfielder Schneiderlin that deserved the man of the match plaudits as he gave his all for the cause as he has been doing for the latest run of games. A player that quietly but effectively goes about his business in a manner that sometimes escapes attention.

Ten league games remaining and if United can keep this run of results going who knows where they could end up.