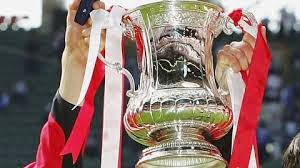 Yeovil Town will host their glamour tie against the mighty Manchester United, in the 3rd round of the oldest cup competition in world football, on Sunday 4th January 2015. 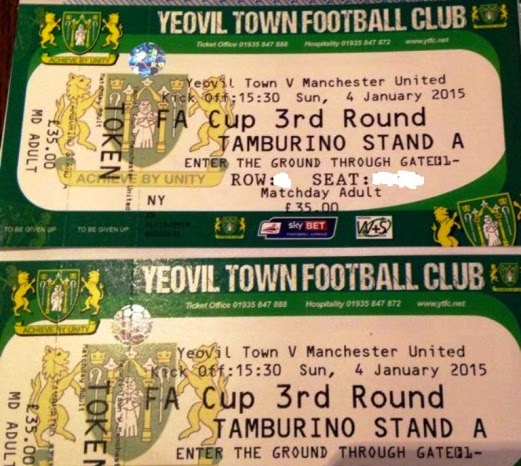 What a tie this will be, as it is by far Yeovil Town’s biggest match for almost 70 years. The sides have met twice before, both times in the FA Cup. Here we take a walk down memory lane and have a look at those matches.

Their first encounter was in the 1937-38 season. It was the FA Cup 3rd round, and the match was held at Old Trafford on the 8th of January.

Man Utd ran out 3-0 winners in the match, with goals from Bamford, Pearson and Baird. Played out in front of a crowd of 49,004

There is an interesting side story from the match. A group of cyclists rode bicycles up to Manchester (220 miles) to watch Yeovil play at Old Trafford. When United heard about this they gave them all a free ticket to the match in the old D stand. Those were the days.

A decade later the two teams met again. On the 12th of February in the 1948-49 season. United were the holders of the cup as they had beaten Blackpool the previous season 4-2 at Wembley. This time it was the 5th round of the FA Cup, and the match was played at Manchester City’s old ground, Maine Road. This was because of the work still being carried out at Old Trafford after the damage during the war. The attendance for the match was an incredible 81,565.

United totally dominated the match and ended up scoring a hat full of goals as they ended up winning 8-0. The scorers were: Mitten, Burke (2) and the prolific striker Jack Rowley bagged himself five goals.

How times have changed from those days.

I sincerely hope that Yeovil Town enjoy their day in the spotlight, but not too much of course. I am expecting a comfortable win, and for United to go on a long cup run all the way to Wembley.